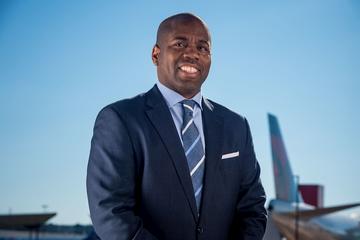 It will be the second consecutive year the airlines have offered nonstop links from France and Amsterdam, plus additional frequencies from London, to the world's largest technology event. The flights will also benefit customers flying to CES from destinations across Europe, the Middle East, India and Africa thanks to convenient connections available via Delta's hubs across the region. Every day, more than 20,000 customers either book Delta's partners to connect to Delta's network, or fly on Delta to connect onto a partner's network.

"CES is the largest global innovation event and we are making it easier for thousands of Tech customers from around the world to get together in Las Vegas thanks to our special nonstop flights from three major European hubs," said Dwight James, Delta's Senior Vice President - Transatlantic. "It's another example of how our trans-Atlantic partnerships and our European hubs enable us to connect Delta customers around the world."

Virgin Atlantic has scheduled its flagship Boeing 787 on some of its additional nonstop flights to Las Vegas from London. Departures from Heathrow are scheduled for Jan. 5, 6, and 7, and on Jan. 6, 7, 9 and 11 from Gatwick.

Delta's focus on technology saw it named as one of Fast Company's Most Innovative Companies Worldwide in 2018 thanks to an ongoing commitment to improving the airport experience, including the introduction of RFID bag tracking through the Fly Delta App. The industry first has also been credited in paving the way for an IATA mandate in global RFID bag tracking technology. Meanwhile, Delta continues to partner with CLEAR in biometric technology trials at its U.S. hubs.

What's more, Delta operates the world's largest fleet of aircraft offering in-seat entertainment for every customer with thousands of hours of free content, access to Wi-Fi and free mobile messaging.

Delta is the only major U.S. global carrier to increase its total number of international flights, flying about 11 percent more than a decade ago. Delta remains the largest carrier across the Atlantic, operating 176 flights a day to 32 destinations across the region.