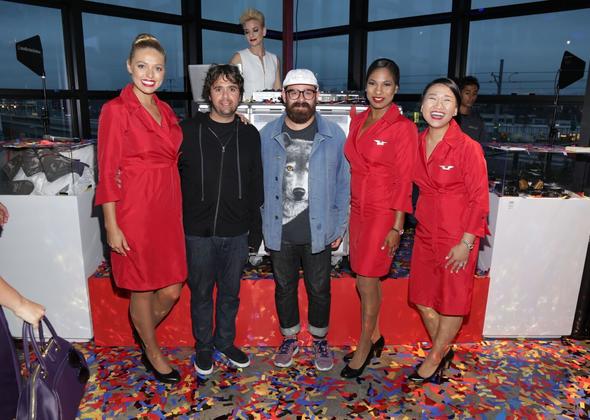 Los Angeles-based chefs Jon Shook and Vinny Dotolo are behind some of the most sought-out restaurants in town and, beginning this fall, Delta customers on flights departing Los Angeles International Airport will enjoy their cuisine at 30,000 feet. 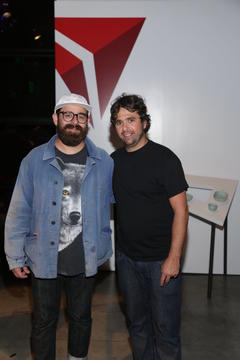 The new partnership with the two L.A. chefs and entrepreneurs continues more than a decade of Delta bringing star-quality food and beverage programs to its flights.

Delta One customers on flights from LAX to JFK and DCA will enjoy culinary creations inspired by the duo’s local restaurants.  The new menus will feature local, fresh and seasonal ingredients, and will be reflective of the fare served at several of Shook and Dotolo’s most popular establishments including Animal, Son of a Gun and Jon & Vinny's.

“Jon Shook and Vinny Dotolo are known for delighting diners at their restaurants through diverse offerings and familiar flavors presented in bold, unexpected ways,” said Allison Ausband, Delta’s Senior Vice President – In-Flight Service. “We are thrilled to bring their fare to the skies and offer a taste of some of Los Angeles’ most popular restaurants to our Delta One customers — whether they’re locals who are craving a taste of home or visitors who want one last essential L.A. experience before heading home.”

Similar to the meals Union Square Hospitality Group creates daily for Delta One customers out of New York, Shook and Dotolo will prepare the new menu selections at a dedicated facility in Los Angeles. The freshly made meals will be transported to LAX each day from their catering company, Caramelized Productions, to ensure customers experience restaurant level service in the skies.

“We are excited to bring our local L.A. cuisine to Delta One customers across the country,” said Shook and Dotolo. “Delta is really taking an innovative approach to on-board dining and we are proud to partner with them as they change the conversation around airplane food and elevate the customer experience inflight.”

Investing in the Customer Experience

The new partnership with Shook and Dotolo was announced on June 7 at Altitude, an immersive pop-up lounge in L.A. created to showcase some of the airline’s new amenities and products that are part of its multi-billion dollar investment in the customer experience. The lounge, located at Greenhouse at Platform in Culver City, was open to the public and offered attendees an opportunity to interact with sites, sounds and tastes of the airline’s upgraded in-flight experience, including free Main Cabin meals on select flights, upgraded free Main Cabin snacks, TUMI amenity kits with Kiehl’s products, an Alessi-designed collection of serviceware in Delta One and First Class, Westin Heavenly® In-Flight Bedding, and Delta’s new noise-canceling LSTN headphones offered to Delta One customers.

Delta has also made significant investments in the customer experience on the ground, in addition to plans to add nearly 250 new aircraft to its fleet in coming years. These include new Delta Sky Club locations in Denver, Atlanta and Seattle, and Club renovations in Nashville, Dallas, Newark and Minneapolis-St. Paul, airport enhancement programs in Atlanta, Los Angeles, New York and Salt Lake City, and the testing and implementation of an enhanced boarding process in Atlanta.

Since 2009, Delta has been the fastest-growing carrier at LAX and recently relocated to Terminals 2 and 3, the first step in its $1.9 billion plan to modernize, upgrade and connect Terminals 2, 3 and the Tom Bradley International Terminal to create the Delta Sky Way at LAX. In April, the airline launched daily nonstop service to Washington–Reagan Airport – becoming the only airline to offer flat-bed seats in the front cabin on that route – and Delta’s joint venture partner Virgin Australia began service five days per week to Melbourne on a Boeing 777-300ER. Virgin Atlantic launched a third daily round-trip flight on a Boeing 787-9 Dreamliner between LAX and London-Heathrow this summer. In 2016, the airline launched five daily flights from LAX to Denver International Airport, a key route for business travelers in Los Angeles; expanded the Delta Shuttle to include Los Angeles-Seattle and Seattle-San Francisco in addition to Los Angeles-San Francisco; increased service to both New York-JFK and Seattle to 10 daily flights; added a third daily flight to Boston; and launched Aspen service in December. Delta offers more flights between Los Angeles and New York than any other carrier.