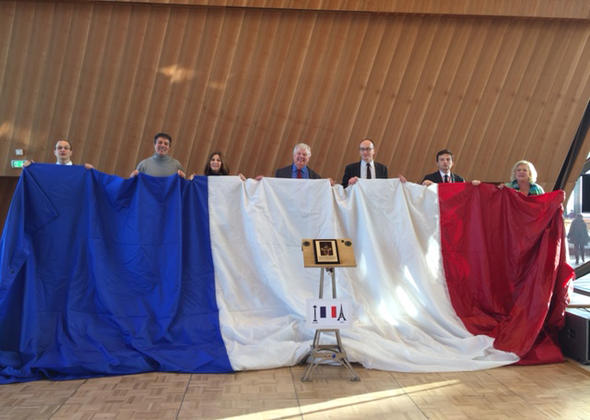 A passenger on a flight from Seattle to Paris carried with him a symbol of liberté, égalité and fraternité during his travels this week.

Following the horrific terror attacks in Paris on Nov. 13, countries, people and landmarks around the world showed their support for the people of France, including the Space Needle in Seattle. 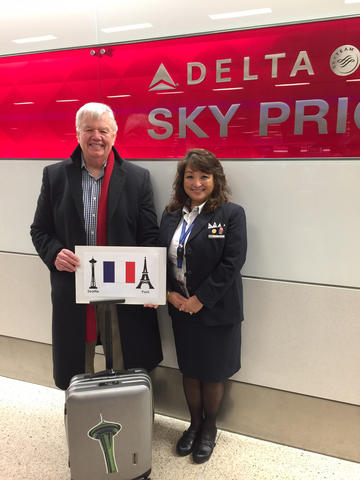 The flag of France flew at the top of the Space Needle for three days in memory of the 130 victims of the attack and as a symbol of support and peace for Paris. Jack Cowan, Honorary Consul of France for Washington state and Executive Director of the French-American Chamber of Commerce in Seattle, transported the flag on Delta Flight 32 from Seattle to Paris.

“Delta is humbled to play a role in conveying this heartfelt gesture from the Seattle community to the people of Paris,” said Mike Medeiros, Delta’s Vice President – Seattle.

After arriving in Paris, Cowan presented the flag to representatives from the Eiffel Tower on behalf of the people of Seattle.