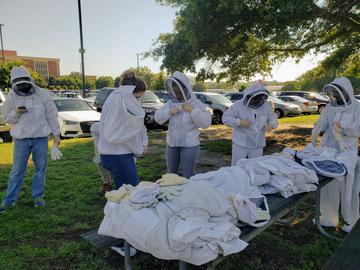 Under a shady oak tree on the south end of Delta's Atlanta headquarters, a small group of adventurous Delta people huddled around a picnic table covered in crisp white beekeeping suits. Names and handshakes exchanged, they waited with anxious curiosity for the morning’s beekeeping class to begin.

“My husband and I have been considering getting a beehive, so this was a perfect way to get a taste of the experience,” said Aleigha Roberts from Delta’s IT department.

As the class suited up, Bee Downtown CEO Leigh-Kathryn Bonner and Delta's dedicated beekeeper, Nicholas, began with a safety briefing and status report. 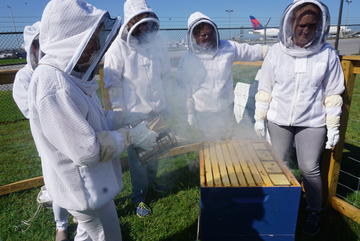 “Delta’s hives are doing extremely well — the best of our hives in Atlanta,” said Leigh-Kathryn, whose North Carolina beekeeping business built three hives at the G.O. this spring. “They must have found a great source of nectar because they’ve tripled in number from about 15,000 bees per hive to about 50,000. Now we need to split them to prevent the hive from swarming.”

Swarming is the hive’s natural process of creating multiple bee colonies in which the queen bee leaves the hive in search of a new location, bringing a large court of worker bees with her. Beekeepers want to avoid this swarm activity to keep the bees from taking up in any of the ample number of trees on and surrounding Delta’s campus. 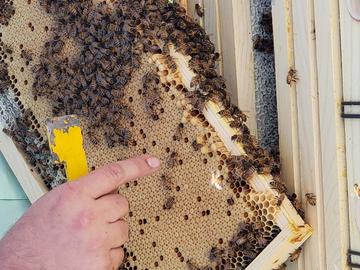 The bee hive initiative supports Delta's goal to be an environmentally sustainable and responsible business. Delta's honey bees can fly up to three miles in search of nectar, contributing to the plant and wild life in Delta's hometown community.

After lighting his bee smoker, Nicholas unlocked the gate of the fenced bee area, dubbed the Honey Hangar, and ushered in his students. He and Leigh-Kathryn demonstrated how to safely open hive boxes, remove honeycomb frames and how to identify each layer of the hive.

“Next is the ‘maternity ward’ where the babies are born!” both instructors said with excitement.  “If you look closely you can see the baby bee eggs,” Nicholas added. “They look like tiny grains of rice standing straight-up inside the bottom of the cells.” 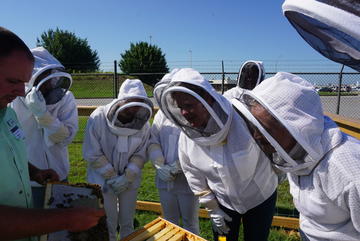 The class leaned forward in unison, straining to catch a glimpse of the eggs, while asking about other eye-catching features.

“This is where the honey is stored and all the colors you see are caused by different sources of pollen, which can be yellow, red and even purple from the thistle plant,” Nicholas explained. “We call it a rainbow ring."

Once everyone practiced their new beekeeping skills and snapped a few selfies, Leigh-Kathryn debriefed the class with words of encouragement. 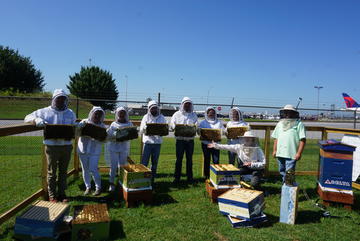 “Congratulations on completing today’s class,” she said. “As you return to your separate departments, take a moment to ask yourself what your group is doing to help Delta run as efficiently as a bee hive.”

Stay tuned to the News Hub for more updates about Delta's beehive initiative.

Here’s a little more of what the class learned: 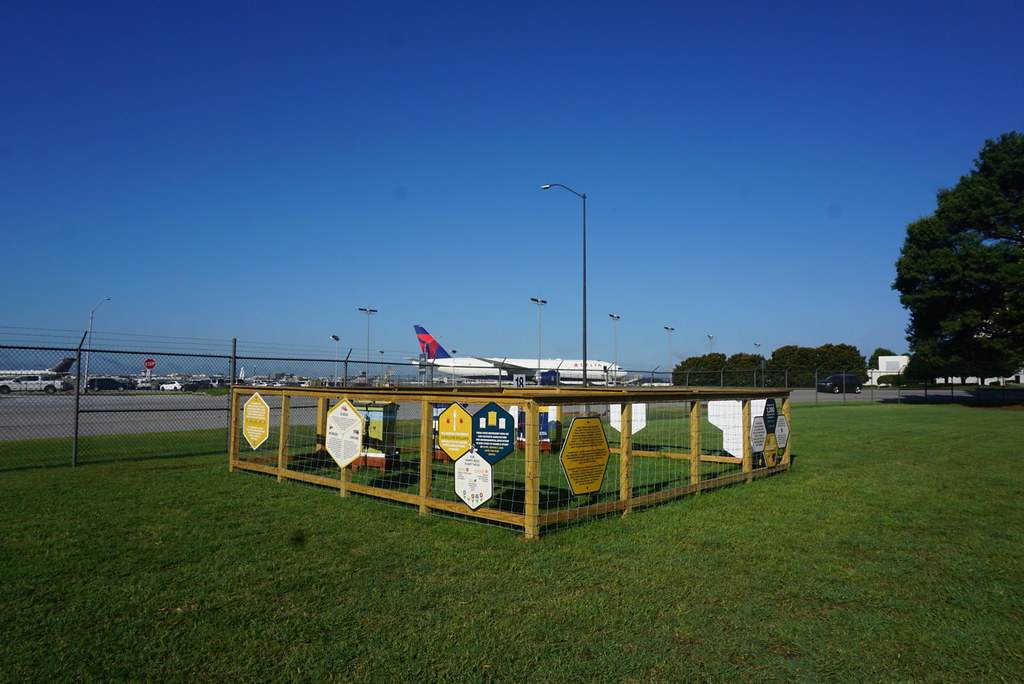 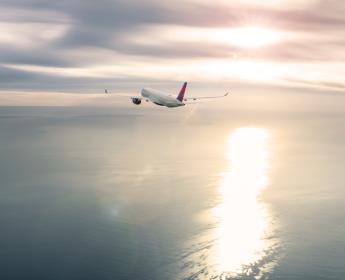 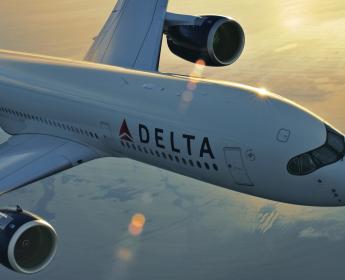 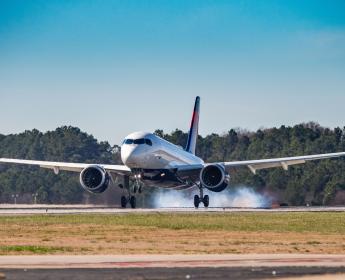