Download
The unique charter – marking the first time a U.S. passenger airline will fly directly to Normandy – has its roots in the film “The Girl Who Wore Freedom,” a documentary depicting the annual D-Day commemorations in France that was added onboard last year to the Delta Studio.
DELTA NEWS ON THE GO. Subscribe and follow.

This June, Delta will have the honor of flying 30 World War II veterans on a charter flight to Normandy, France, for the annual commemoration of the 1944 D-Day invasion. These veterans will each be paired during their journey with current Delta employees who also served in the U.S. military.

The Delta charter flight, operated in partnership with community partner Best Defense Foundation, departs from Atlanta to Deauville, France, on June 1 for a week-long program of events that will include the official D-Day Commemoration on June 6 and unique dining experiences sponsored by Michelin.

“The mission of the Best Defense Foundation is ‘taking care of those who took care of us,’” said Donnie Edwards, Founder of Best Defense Foundation. “Through this amazing partnership with Delta Air Lines, we are able to accomplish this mission and provide these heroes with the opportunity to reconnect with their brothers, honor those who gave the ultimate sacrifice and celebrate the liberation of an ally.”

“This historic flight exemplifies the servant leadership of Delta people and the testament that ‘No One Better Connects the World,’” said Jim Graham, CEO – Endeavor and Executive Sponsor of Delta’s Veterans Business Resource Group. “The charter forges relationships as Delta veterans escort those who represent the Greatest Generation to the sites of the Normandy landings where they will be welcomed, celebrated and hosted by the people whose families were liberated on June 6, 1944.”

The unique charter – marking the first time a U.S. passenger airline will fly directly to Normandy – has its roots in the film “The Girl Who Wore Freedom,” a documentary depicting the annual D-Day commemorations in France that was added onboard last year to the Delta Studio.

“Throughout my work on the film, I hoped to have the opportunity to bring more veterans to this historic site, helping them to gain closure and letting them experience the immense gratitude of those who they helped to liberate,” said Christian Taylor, the film's director. “There is no better tribute to ‘The Girl Who Wore Freedom’ than that our film inspired this return trip in partnership with the Best Defense Foundation, Delta Air Lines and Michelin, in honor of the 78th anniversary of D-Day.” 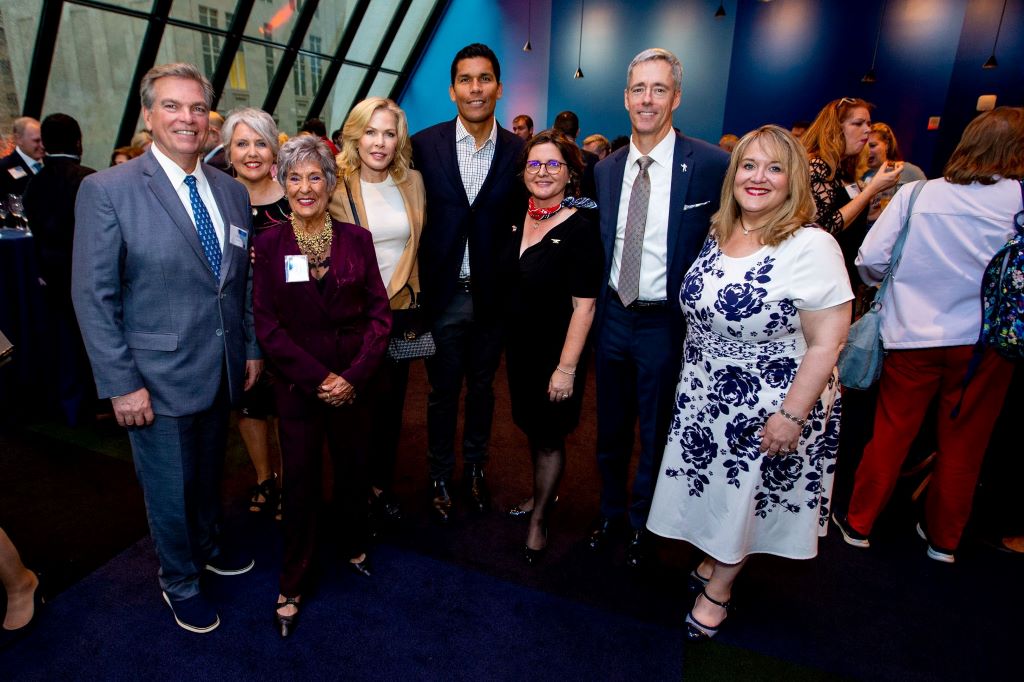 Delta and SkyTeam partner, Air France, hosted a screening of the documentary on May 16 at the French Institute Alliance Française in New York ahead of the charter. Christian joined retired Col. David Chapman, V.P. – Government and Defense Sales for Michelin and former attaché to the U.S. Embassy in Paris, and Dany Patrix Boucherie, one of the central people featured in the film, for a Q&A session following the screening. 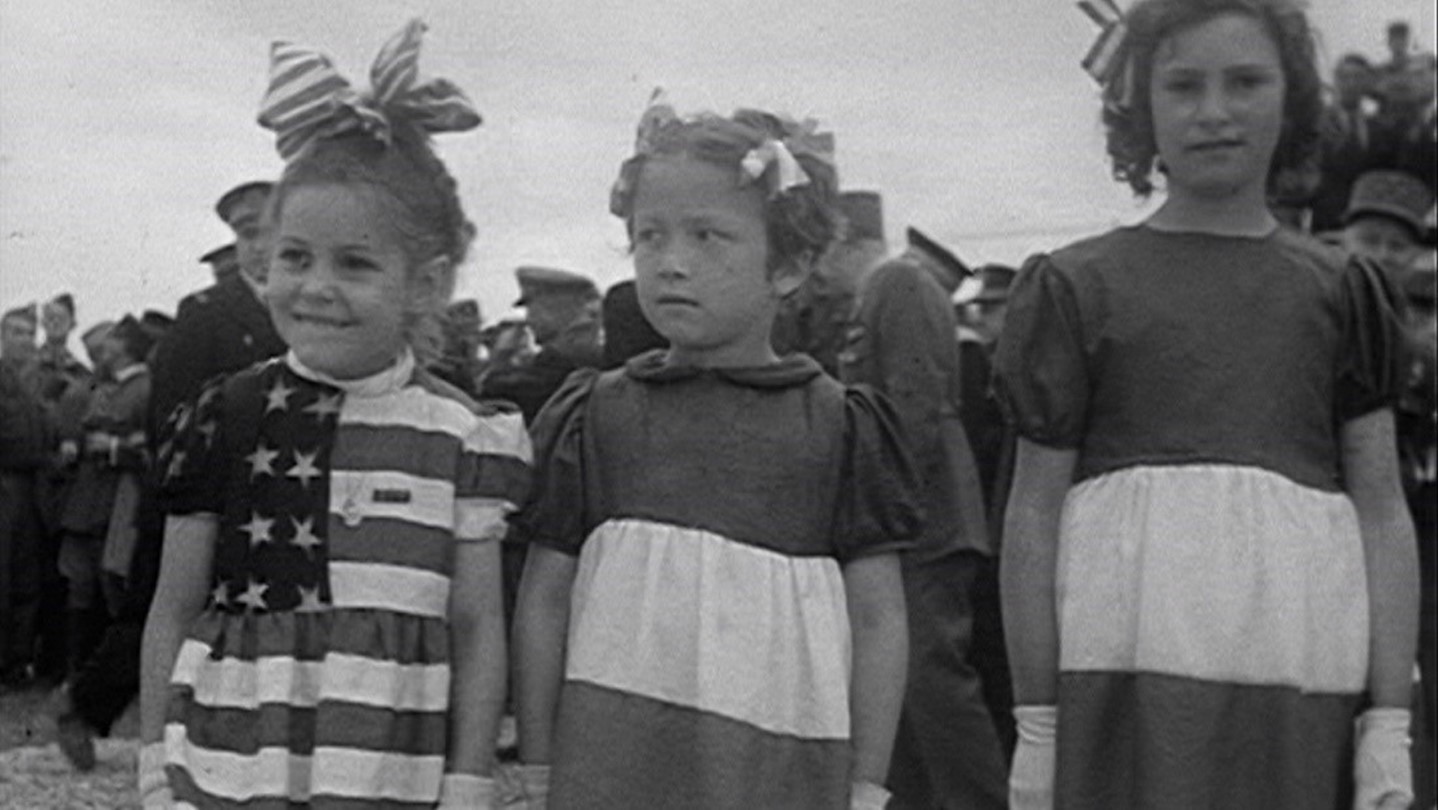 As ‘The Girl Who Wore Freedom,’ Dany is seen pictured as a child wearing a dress made from parachutes of the American soldiers who liberated her and her family 78 years ago. In a plan developed by Normandy native Virginie Durr, Manager – Enterprise Sales, and Veterans Business Resource Group President Kurt Robinson, Manager – Quality Control, Dany will be boarding the charter to return to Normandy alongside the World War II and Delta veterans. 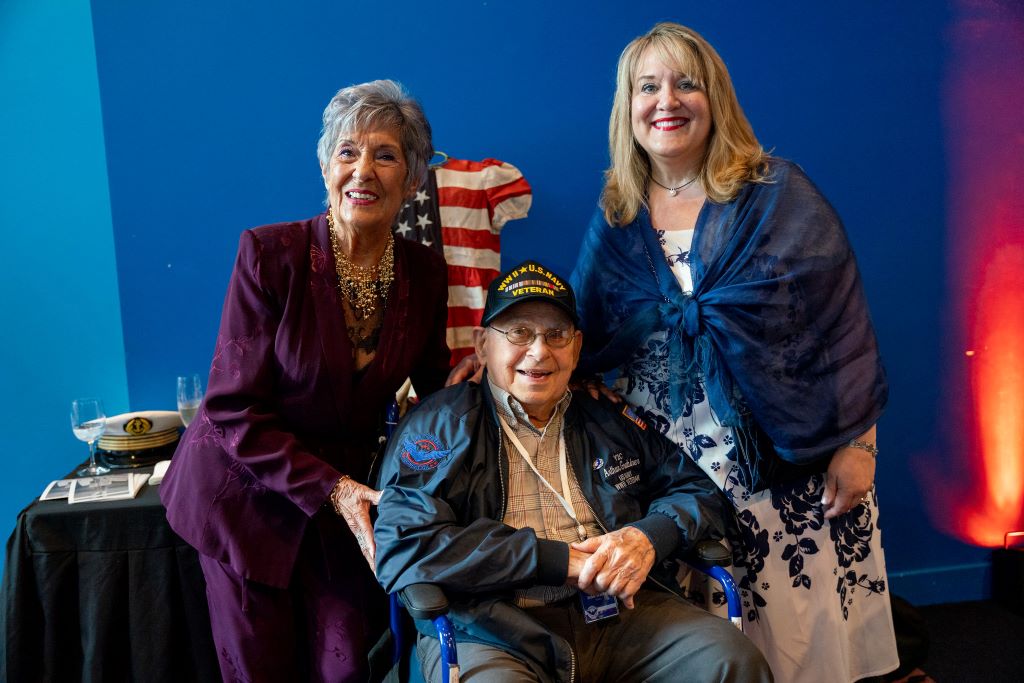 With much of the company’s foundation being bolstered by World War II service members and pilots in the early days of its establishment, Delta remains committed to supporting veterans and active members of the military who serve our country. Today, over 9,000 Delta employees are veterans, with many of them continuing to serve in the Guard or Reserves. Delta’s Veterans Business Resource Group is made up of over 1,400 members and provides professional development, networking and community service opportunities for veterans and supporters of the military.

Delta veterans were selected from Delta’s Veterans Business Resource Group to participate in this charter, with several having personal connections to the cause. Capt. Dan Bauer will be honoring his grandfather, who served as a B-24 Pilot in the Army Air Corps in World War II and who inspired him to become an Air Force pilot. With the opportunity to attend the D-Day Commemoration in Normandy, Dan can bring his family story full circle in service of others who have served.

“We are meeting, connecting and sharing camaraderie with these incredible veterans and making this more than just a journey back to the battlefield,” said Dan. “Delta leads by example by putting the people, resources and most importantly the soul into making this truly amazing event a reality.” 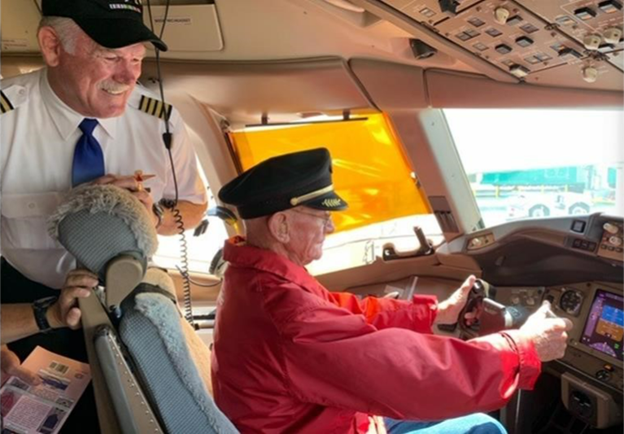