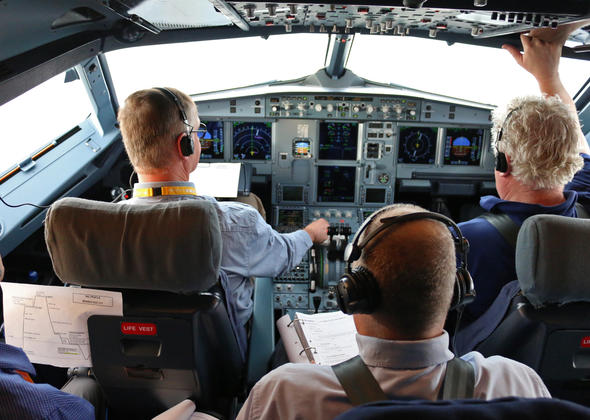 HAMBURG, Germany - In the world of aircraft delivery, few tests are more telling of an airplane’s readiness than its first customer flight.

Though Ship 3001, Delta’s first Airbus A321, has flown a handful of test and proving flights before, this week’s customer flight — with a Delta captain at the controls — is a critical step and the culmination of years of work by the airline and its Flight Operations group along with the European aircraft manufacturer. 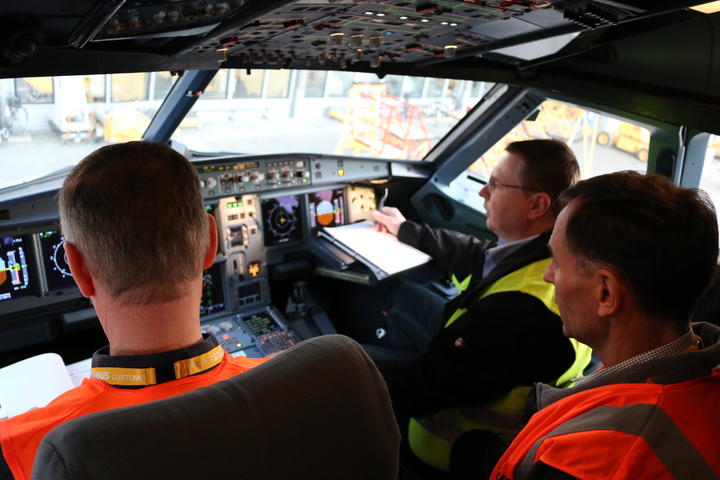 With the backdrop of a typical cloudy spring day in Germany, Capt. Dave Vorgias, a 29-year Delta veteran Line Check Pilot and Air Force-trained aviator, took the controls in the left seat as the two CFM56 engines roared to life. He was joined in the flight deck by Delta Capt. Pat Haake along with an Airbus flight test pilot and Airbus test engineer, while the rest of the Delivery Team sat in the cabin, prepped and ready to monitor key aspects of the aircraft and its interior components as the pilots put the plane through its paces.

Doing so meant flying a carefully planned flight profile: a full thrust takeoff, a number of non-standard flight procedures exploring the limits of the flight control system, including steep turns, climbs and descents, and ensuring the aircraft’s ability to maneuver quickly and efficiently, if required. The pilots also measured the rate of cabin air leakage with the aircraft’s pressurization off and then proceeded back to the airport where a touch and go — rarely performed in a commercial jet — was performed. 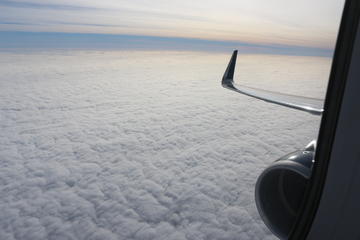 “We’re thrilled with the way the aircraft flew and how it performed,” said Capt. Vorgias shortly after deplaning following the two-hour test flight. His otherwise calm demeanor was replaced by a hard-to-miss grin, after years of anticipation for his first A321 flight. “Airbus has designed and built a very capable airplane. It was quiet, flew very smoothly and responded just how we expected… an absolute pleasure to fly.”

Out of the flight deck and into the cabin

Delta’s newest jet features an industry first for the Airbus A321: a sculpted cabin geometry with high-capacity, pivoting overhead bins and full-spectrum ambient lighting providing an airy, open environment for customers — in addition to Delta’s in-seat in-flight entertainment and other cabin enhancements.

While the flight crew exercised the plane’s controls up front, the Delivery Team put the interior to the test. Because of the new design, the team was interested in ensuring that all of the cabin components interacted in flight just as it did during ground testing. 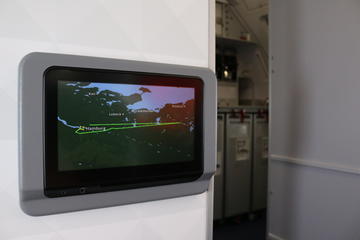 “Doors, panels, overhead bins and just about everything on board is affected by the changes in cabin pressure during various flight phases,” said Joseph Eddy, Delta’s Senior Project Manager overseeing the Airbus A321 entry into service. “During the customer flight, we’ll test every movable part inside the cabin. We want to make sure everything functions well, not just on the ground, but whenever our customers would use them.”

Back on the ground and back at the Airbus Delivery Centre, the flight crew and Delivery Team discussed the results of the cabin-wide flight test inspection.

Up Next: Like purchasing a car, except on scale few of us can comprehend, Brian Shea and the rest of the Delivery Team will officially take delivery of the aircraft, meaning a transfer of title and money.