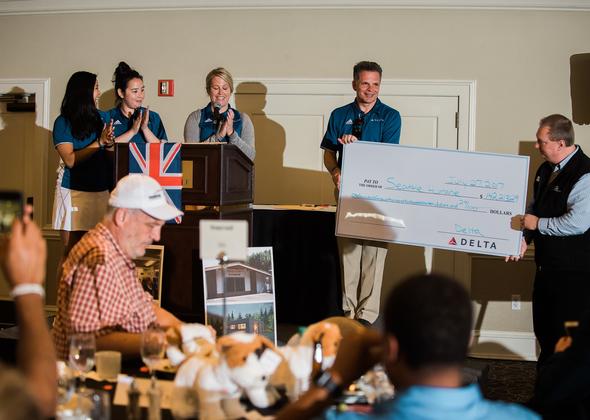 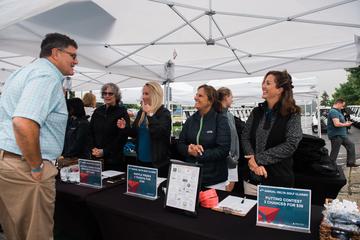 Delta Air Lines has surpassed its three-year goal of raising $500,000 for Seattle Humane through its Delta Classic golf tournament. Delta raised $518,213.29 in total donations following the third-annual Delta Classic, which was held at The Golf Club at Newcastle, Coal Creek Course, in July.

“We’re always looking to support the community in Seattle, and one of our favorite ways is through our work with Seattle Humane,” said John Caldwell, Delta’s Vice President – Seattle. “Delta’s work in the community expands far beyond our sponsorships of organizations like the Seahawks, Sounders FC and major events like Seattle Pride. We love working with organizations like Seattle Humane that touch the lives of the local community and save the lives of many of our animal friends.”

Funds raised at the 2017 Delta Classic support construction of Seattle Humane’s new shelter, slated to open at the end of the year. The new shelter and veterinary teaching hospital will allow Seattle Humane to place 10,000 animals each year and spay and neuter over 7,000 pets annually. 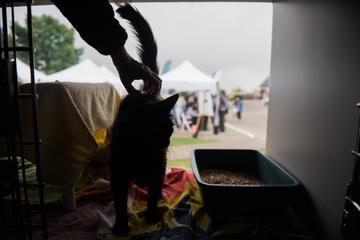 “The generous funds raised at the Delta Classic will provide the resources needed to help more pets who would not otherwise have a second chance,” said Seattle Humane CEO David Loewe. “We are so grateful for the support of our generous donors.”

Seattle Humane has been saving animals and completing families since 1897, and the impact has been tremendous. In 2016, Seattle Humane placed nearly 7,000 pets into loving homes, rescued more than 4,500 pets from other shelters and spayed and neutered 1,200 pets belonging to low-income families, all while achieving one of the highest life-saving rates in the nation of 98.3 percent.