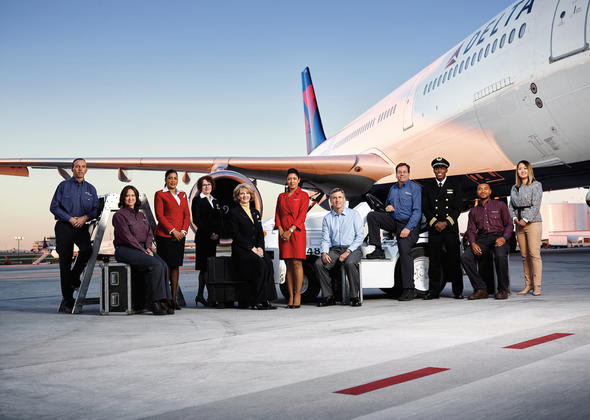 As part of its annual commitment, Delta took a close look at equal pay among men and women – and the results are in.

Today, Delta reports it has reached nearly perfect pay parity between men and women in merit jobs – 99 percent – as a result of a 1 percentage point improvement from 2016. The pay parity remains at 100 percent among scale employees.

"In recognition of Eq​ual Pay Day, Delta continues to deliver on our commitment to fairness and diversity in the workplace and to pay equality among all Delta employees," said Joanne Smith, Delta’s Executive Vice President and Chief Human Resources Officer.

On average, women in the United States are paid 80 cents for every dollar paid to men, amounting to an annual gender wage gap of $10,470, according to the U.S. Census Bureau.

“Although 99 percent pay parity is well ahead of the national average, we won’t be satisfied until the gap is zero,” Smith said. “Delta understands that equality and pay parity doesn’t begin and end with gender.”

The airline’s overall goal is to give all people an equal opportunity to succeed – every day.