Delta began partnering with the American Red Cross – the airline’s longest standing nonprofit partner – in 1941. Fast forward 75 years, the airline and its employees have continued to roll up their sleeves to give back to those in need. 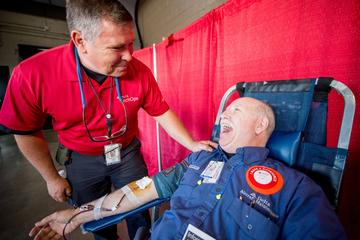 Delta employees and retirees collectively donated 8,132 pints to the American Red Cross during the 2016 blood year, which ended on June 30. During the blood year, Delta held 122 blood drives at 28 location sites throughout the system, making Delta the third-largest corporate blood donor in the U.S. and the largest corporate blood donor in the Southeast.

Each pint of blood has the potential to save three lives. The pints are collected, tested, processed, stored and distributed by the American Red Cross in the local communities. The airline donated 6,600 pints of blood in 2015, increasing its pint donations by more than 1,500 for 2016. 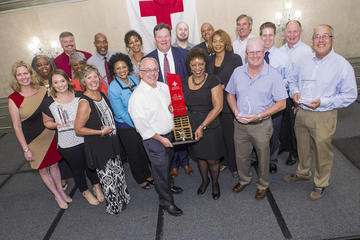 Delta and its employees were recognized for this year’s efforts by earning the prestigious Atlanta Corporate Bloodhound Award from the American Red Cross’ Southern Blood Services. Delta received the award for achieving the highest participation rate among members of the Atlanta LifeBoard in blood drives held between July 1, 2015, and June 30, 2016.

As people are affected by crisis around the world, donations to the American Red Cross help to ensure that those individuals, families and communities who are most in need are helped quickly.

In addition to blood donations, Delta is an Annual Disaster Giving Program participant, allowing the organization to be strategic and proactive in disaster response.