Delta CEO Ed Bastian honored Ambassador Young at a surprise ceremony where Delta dedicated one of their Atlanta-based headquarters buildings after him
DELTA NEWS ON THE GO. Subscribe and follow.

“Ambassador Young has had a tremendous influence on Delta, Atlanta, the state of Georgia and the world,” said Delta CEO Ed Bastian. “He has been paramount in Delta’s success, and his leadership serves as a constant reminder for us all to push the boundaries. I can’t think of a better building to bear his name than the building many new hires enter on their first day.”

Ambassador Young has a long history with Delta, having served on Delta’s Board of Directors from 1994 to 2004, and was instrumental in the growth of the company and Delta’s hometown Atlanta when he served as mayor from 1982 to 1990. While serving as an Ambassador to the United Nations, he played a key role in Delta’s entrance to a number of international markets. Most recently in January, Ambassador Young joined an employee town hall to discuss the history of racial injustice and what the future holds in light of recent events across the country.

The ceremony on Thursday was live-streamed for Delta employees and joined by Atlanta Mayor Keisha Lance Bottoms and Billy Payne, former Chairman of Augusta National Golf Club, who worked alongside then Atlanta Mayor Young to bring the Olympics to Atlanta in 1996. Payne was the President and Chief Executive Officer of the Atlanta Committee for the Olympic Games.  In addition to Ambassador Young’s immediate family, other friends in attendance included John Hope Bryant, Founder, Chairman and CEO of Operation HOPE, and Clark Durant, co-founder of Cornerstone Schools and CEO of Cornerstone Education Group in Detroit.

“I am delighted to be here today to celebrate a man whose reputation preceded him when we traveled the world to campaign for the Olympics to come to Atlanta. We had a wonderful, dynamic, charismatic individual in Andrew Young, and he is the greatest individual I have ever been privileged to know,” said Payne. “He is an incredible hero, and despite all of his achievements and accolades, he is at heart a preacher and believes in the goodness that we all possess. And for that I thank him for what he has done for this community.”

At the ceremony, Delta also made a $1 million contribution to the Andrew J. Young Foundation, whose mission is to support and promote education, leadership and human rights in the U.S., Africa and the Caribbean. The contribution will fund several film projects and other issues of interest to Ambassador Young.

A Boeing 767-300 scale model plane bearing the livery of the plane dedicated to Ambassador Young in 2012 was presented to Ambassador Young at the ceremony as part of the reveal. An exhibit honoring him will be on display at the Delta Flight Museum this summer, in addition to the displays included in the building that now bears his name.

“So many things can be said about Andrew Young, but I am reminded of an African proverb that says ‘It takes a village to raise a child’ – and when you are privileged to grow up in Atlanta, you are part of a village with leaders like Ambassador Young and Mayor Shirley Franklin, who keep you top of mind and in their hearts in all that they do,” said Mayor Bottoms. “Most people read about their heroes in history books, but our heroes walk amongst us, and Ambassador Young is my hero. Because of the village that you have led in Atlanta for so very long, I am now the 60th mayor. This is a man who tells me that I can call him day or night, and he means it.  On behalf of the people of Atlanta and all of those that have been a part of this village, I say thank you.”

Ambassador Young was an early leader in the civil rights movement, serving as executive director of the Southern Christian Leadership Conference and a close confidant to Martin Luther King, Jr. He later became active in politics, serving as a U.S. Congressman from Georgia – holding the seat held by the late John Lewis – and serving as the 55th Mayor of Atlanta. Young was the first African American named as a U.N. Ambassador when he was appointed by President Jimmy Carter in 1977. 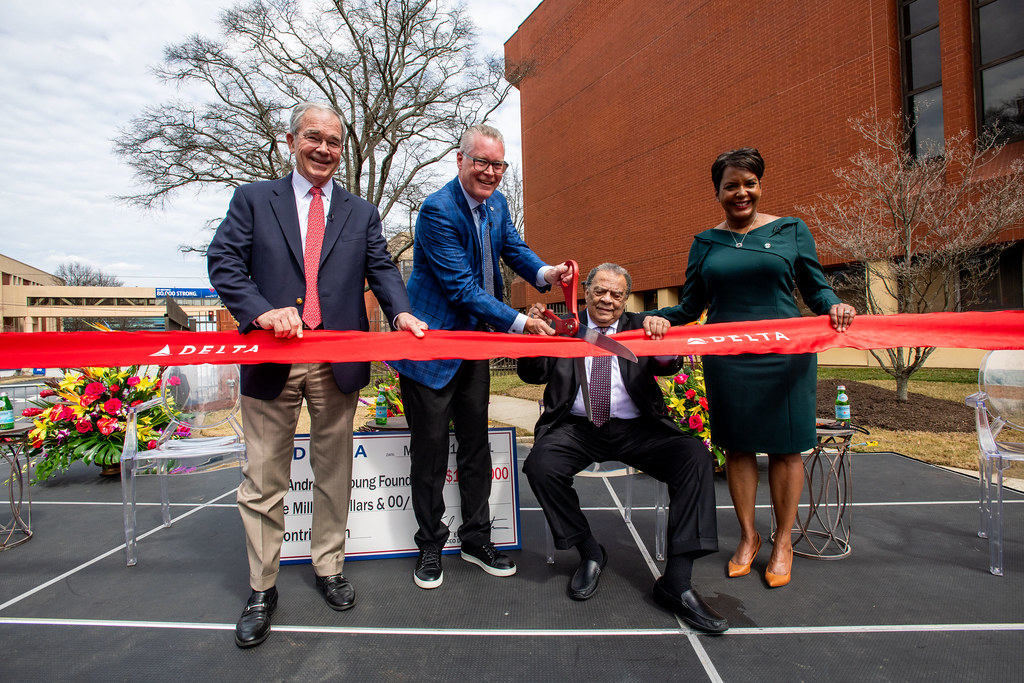