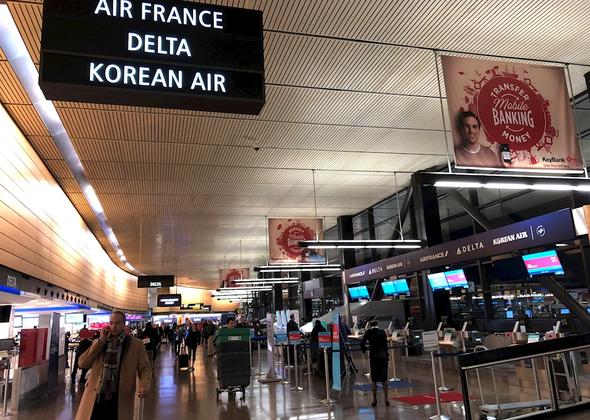 Delta works closely with its joint venture partners to deliver on its commitment to a better customer experience. One of the benefits of colocated check-in is improved handling of irregular operations, meaning the airlines can work closely to rebook passengers in the event of delays or cancellations. Delta already operates alongside its joint venture partners on the secure, south side of the airport at Sea-Tac.

"Collocation allows Delta and its partners to work even more closely together for the benefit of our shared customers, and that is a top priority for Delta in Seattle," said Tony Gonchar, Delta's Vice President – Seattle. "This type of collaboration is what differentiates our joint ventures from codeshare partnerships. With Air France and Korean Air joining Aeromexico and Virgin Atlantic in sharing Delta's check-in space, our employees can better team up to provide our customers with a seamless travel experience."

Delta is Seattle's largest global airline with 150 peak-day departures to 51 destinations in November. The airline continues to grow its presence in the market and this summer offered 10 percent more peak-day seats, driven by the addition of three new domestic destinations – Indianapolis, Kansas City and Washington-Dulles – as well as more flights and larger aircraft operating existing routes.