Delta will begin serving Havana, Cuba, this fall from New York-JFK, Atlanta and Miami as a result of today’s announcement by the U.S. Department of Transportation (DOT). Delta applauds and thanks the DOT for awarding the airline the ability to resume operating daily, nonstop scheduled service to the Caribbean island for the first time in almost 55 years. 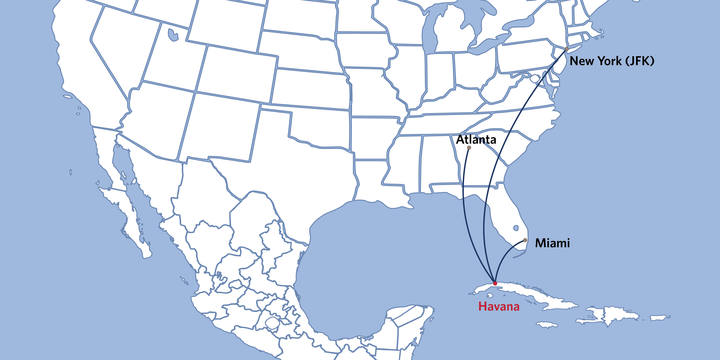 “Today has been a long-awaited moment to celebrate Delta’s historic return to Cuba, and we thank Secretary Foxx, his team and the other U.S. officials for granting us the authority to provide Havana service from Atlanta, Miami and New York,” said Nicolas Ferri, Delta’s Vice President – Latin America and the Caribbean. “We look forward to providing the market with excellent customer and operational performance that will reunite families and support a new generation of travelers seeking to engage and explore this truly unique destination.

“Additionally, I’d like to commend the effort of our cross-divisional teams at Delta, who are working diligently to address the unique logistical challenges to reestablishing daily scheduled Havana service.”

All routes are subject to Cuban regulatory approval. Delta will begin selling seats to Havana this summer.

Atlanta’s superior connecting gateway will provide one-stop access to Cuba via the nation’s largest hub, with more seats, destinations and flights from Atlanta than any other carrier.

Delta’s Miami-Havana flights will serve the largest population of Cuban-Americans in the U.S. Delta offers the second-most flights from Miami international airport. 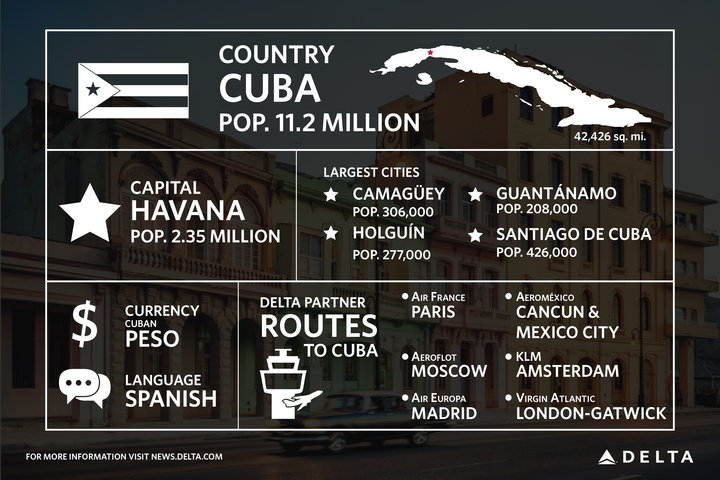 From 2002-2004 Delta operated charters between New York-JFK and Havana. In October 2011, Delta began operating up to a dozen charter flights to Havana per week with daily service from Miami and weekly service from Atlanta and New York-JFK. It operated almost 500 trips before suspending service on Dec. 29, 2012. Most recently, in 2015, Delta performed three ad hoc charter flights including one that carried the Minnesota Orchestra back to Cuba for its first performance on the island in more than 85 years. 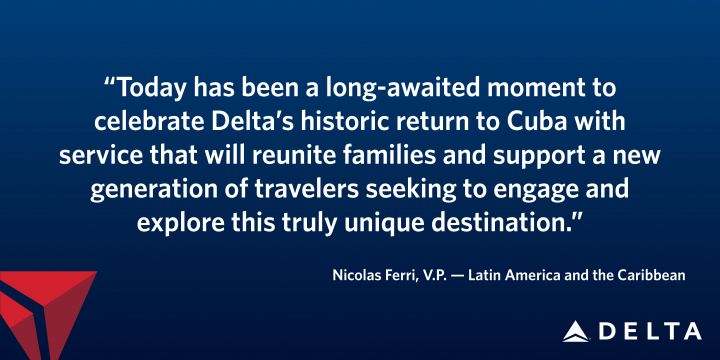