In January, Delta announced policy changes for those traveling with service and support animals to support the airline's top priority of safety, after an 84 percent increase in reported service and support animal incidents since 2016. Based on conversations with key stakeholders in the disability community, the airline is further enhancing its policy effective March 1.

"We are implementing these changes for the safety of all customers, employees and trained service and support animals flying Delta, while supporting the rights of customers with legitimate needs, such as veterans with disabilities," said John Laughter, Delta's Senior Vice President — Corporate Safety, Security and Compliance. "While we will require that all animals not confined to kennels in the cabin have up-to-date vaccinations, we enhanced our policy to make online submission optional for those individuals who are blind or have reduced vision or other disabilities and have trained service animals."

In developing the updated requirements, Delta solicited the feedback and input of its 15-member Advisory Board on Disability, a group of advocates established more than a decade ago and made up of Delta frequent flyers with a range of disabilities. Following the announcement, Delta and its Advisory Board on Disability continued conversations with a diverse mix of advocacy groups that represent people who rely on trained service animals, such as the National Federation of the Blind.

"We are pleased that Delta has responded in a timely way to the concerns we raised about their policy for guide dogs and other service animals, including making enhancements," said Mark Riccobono, President of the National Federation of the Blind. "We also note Delta's expressed commitment to listening to its passengers. In light of that commitment, we look forward to sharing our expertise with Delta so that it can provide equal service to blind passengers in all of its operations."

A closer look at service and support animal policies

Since Delta's announcement, other airlines have implemented changes and media outlets continue to highlight the lack of regulation and the increased availability of fraudulent certification.

Outside of the aviation industry, a dramatic increase in fraudulent service animals has led 18 states to introduce laws that make it a crime to fraudulently represent a service animal.

Any customer traveling with a service or support animal on or after March 1 will need to meet the new requirements as outlined below:

Traveling with a trained service animal

Traveling with an emotional support animal or psychiatric service animal

Delta established the Service Animal Support Desk to improve the travel experience for customers traveling with service and support animals. This desk will verify that the above documentation is received and confirm the customer's reservation to travel with an emotional support or psychiatric service animal before arrival at the airport. If a form is not completed, a representative will communicate with the customer via e-mail to request the missing or incomplete items.

Two ways to travel with pets on Delta 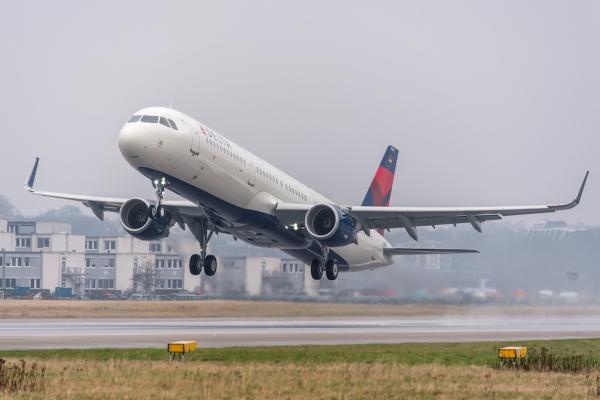