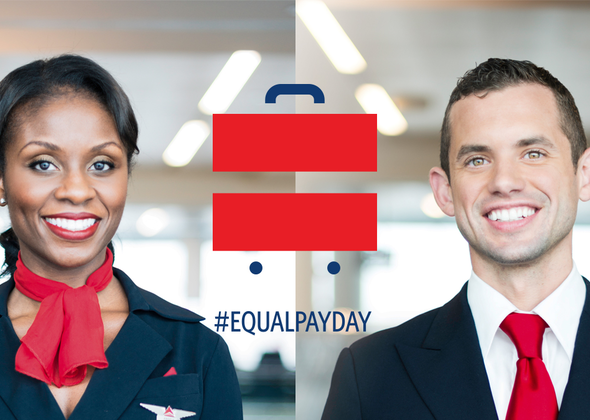 “We’re proud to join the White House in signing the Equal Pay Pledge and voicing our commitment to fairness and diversity in the workplace, which is reflective of our long-standing commitment of pay equality among all Delta employees,” said Joanne Smith, Executive Vice President and Chief Human Resources Officer.

The airline reported in April that it had nearly perfect pay parity between men and women at 98 percent in administrative jobs and 100 percent among scale employees. On average, full-time working women at U.S. companies earn about 79 cents for every dollar men earn, according to the U.S. Census Bureau.

Still, company leaders said that it wouldn’t be satisfied until the gap is reduced to zero for all employees.

“At Delta, the very nature of our business is bringing people together. We rely on a worldwide family of Delta people 80,000 strong to care for our customers and ensure they get where they’re going promptly and safely, regardless of the origin or destination,” Smith said. “Our success is built on diversity, where our differences make us stronger and all people are welcomed, supported and – above all – treated equally.”

By signing the pledge, the airline has committed to conducting an annual company-wide gender pay analysis across occupations; reviewing hiring and promotion processes and procedures to reduce unconscious bias and structural barriers; and embedding equal pay efforts into broader enterprise-wide equity initiatives.