Delta congratulates the AON-Robotics Team at the University of Puerto Rico, Mayaguez Campus, who now ranks as one of the top four robotics teams in the world. Delta sponsored the team with tickets to the 2016 VEX U Robotics World Championship and also helped transport their robots to the competition. 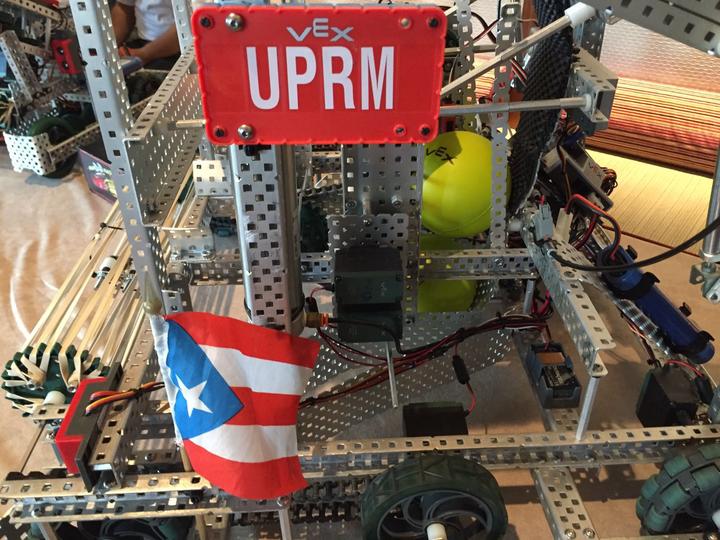 “We celebrate the success of the students. Their ingenuity, dedication and tenacity has earned them a place amongst the best in the world after having competed with 60 teams,” said Jose "Pepe" Zapata, Delta’s General Manager — Central America and the Caribbean. “Supporting education is part of Delta’s global commitment to give back to the communities we serve, and sponsoring the AON-Robotics Team sends a message to students to stay focused and motivated.”

“It took our team a total of seven months to design and build our two robots,” said Cristian Rodriguez, AON-Robotics programmer. “The robots are designed to pick up spheres of four inches in diameter and to throw them through a three-foot high net at a distance of 12 feet… essentially playing basketball against the other team’s robots.”

The robots competed in part without human interference and also were tested with a driver as part of the challenge.

This is not the first year the AON-Robotics Team attended the championship. At last year’s competition, they came in 32nd. More recently, the team achieved the Excellence Award in VEX Robotics — the highest prize available at the Puerto Rico College Robotics Competition. In addition to the Excellence Award, they also won the Design, Robot Skills and Finalist awards.

Through this and other educational programs, Delta is proud to prove its commitment to promoting and supporting education in Latin America and the Caribbean. Click here to learn more about Delta’s Corporate Responsibility initiatives.

Key moments from the AON-Robotics Team’s journey to the 2016 VEX U Robotics World Championship can be found under the hashtag #DeltaUPRM.