The event is GLAAD’s bi-coastal signature event which honors media for their fair, accurate and inclusive representations of the LGBTQ community, while celebrating its members and allies. 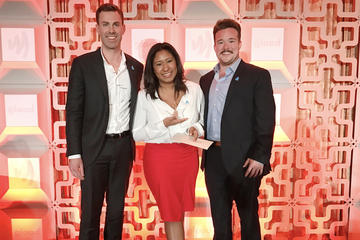 This year, Delta expanded its partnership with GLAAD by sponsoring the inaugural New York Rising Stars Luncheon. This event recognized participants in GLAAD’s Rising Stars Program, which empowers and invests in the next generation of LGBTQ change makers. Delta presented one of three grants to Aisha Bibbs, a senior majoring in Communications at the University of Louisville in Louisville, Ky. She currently serves as the marketing director for the university’s LGBT Center and plans to continue her studies in an MBA program this fall.

“Delta is committed to supporting and uplifting our next generation of leaders,” said Greg Tahvonen, Delta’s Vice President – Total Rewards & IT Human Resources and Executive Sponsor of Delta’s Employee Equality Network (DEEN). “Aisha’s commitment to equality corresponds with Delta’s goal to support our employees and the communities we serve. We are proud to affirm her endeavors by investing in the important resources that GLAAD provides for young people through the Rising Stars Program.” 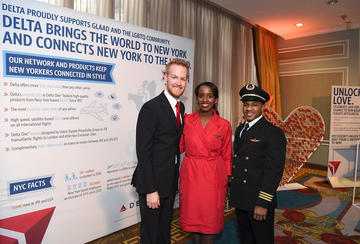 Delta’s sponsorship included life-sized signage and interactive displays promoting Delta’s routes from New York – including our newest destinations, Lisbon, Portugal and Berlin, Germany. Attendees also had the opportunity to win round trip flights with Delta through a sponsorship onsite, and bid on exclusive Delta vacation packages during the pre-show auction with proceeds benefitting GLAAD. Members of DEEN attended the event representing the airline, in addition to team members from New York Sales and Community Engagement.