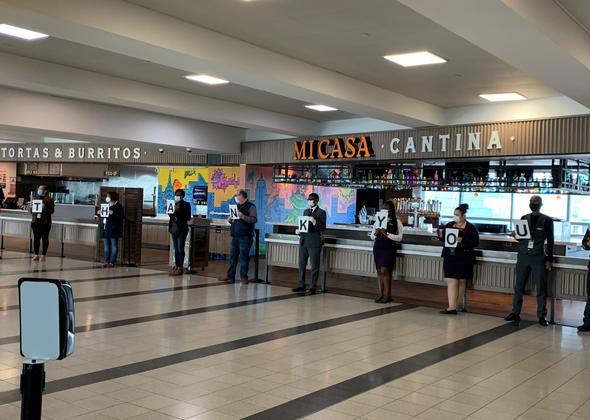 Download
At the beginning of April, Delta launched a program to allow medical professionals needed to help fight COVID-19 to fly free of charge to hard-hit areas of the U.S.
DELTA NEWS ON THE GO. Subscribe and follow.

At the beginning of April, Delta launched a program to allow medical professionals needed to help fight COVID-19 to fly free of charge to hard-hit areas of the U.S. Since the start of the program, 350 people have booked flights to nearly 30 states and two Canadian provinces.

Five states are formally part of the program, Georgia, Louisiana, Michigan, New Jersey and New York. Delta has also worked separately with healthcare companies to help get medical personnel to other areas in need. Deloitte, the largest professional services firm globally, is also assisting in this effort by donating the company’s unused ticket balances to fund the travel to New York and other areas. 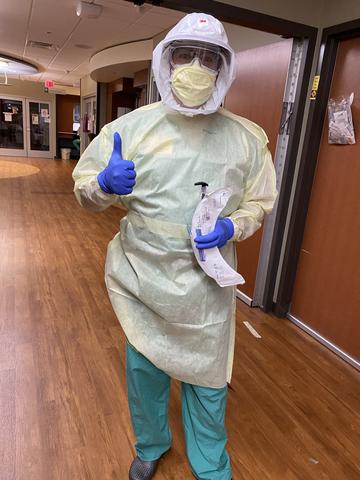 Dr. Juan Cucalon is one of the medical professionals Delta has helped to serve. A resident of Florida, he was deployed by Jackson & Coker Locum Tenens – part of the Jackson Healthcare family of companies – to help fight COVID-19 in the Atlanta metro area. He flew with Delta to Atlanta a few weeks ago to help at Northside Hospital in the COVID-19 ICU. Dr. Cucalon said the decision to help was an easy one after seeing news coverage about the need for healthcare professionals and after talking with one of his former residents who works at a hospital in New York.

“I decided that I couldn't stay at home and just wait for the crisis to pass,” Dr. Cucalon said. “We as trained physicians have a moral obligation to help and serve, especially in times of need and desperation.”

Another volunteer, an ICU nurse working with Ghost RX who is now working at a hospital in the Bronx in New York, passed along her thanks after flying to New York on Delta in early April.

“We were greeted with the utmost professionalism and gratitude from everyone at the counter to the crew,” she said. “The care, warmth, and praise were a great distraction from what we were about to do and from where we were going. It truly was exceptional to be treated so [well], and the continuous praise was about as big of a motivational boost as we could’ve hoped for.”

A customer who traveled to Kansas City to care for infants and children, performed three life-saving surgeries while there. The customer wrote to Delta about the ‘gracious, professional staff’ that helped him travel safely so he could help others.

Delta people are also finding meaningful ways to thank medical workers, and have taken great care of the professionals traveling over the past few weeks. In New York, Delta people thanked a group of medical professionals arriving from Salt Lake City by standing next to each other at a social distance and holding up signs that spelled out ‘Thank you’ and cheering for the group as they walked out of the jetbridge and into the airport.

On April 30, the team at New York-JFK conducted a water cannon salute on a flight that had several medical professionals returning home.

The medical volunteer travel program was recently expanded through June, and Delta will continue to consider expanding the program as needed. Medical volunteers interested in helping can learn more on delta.com and can apply through the states by contacting Georgia, Louisiana, Michigan, New Jersey or New York.