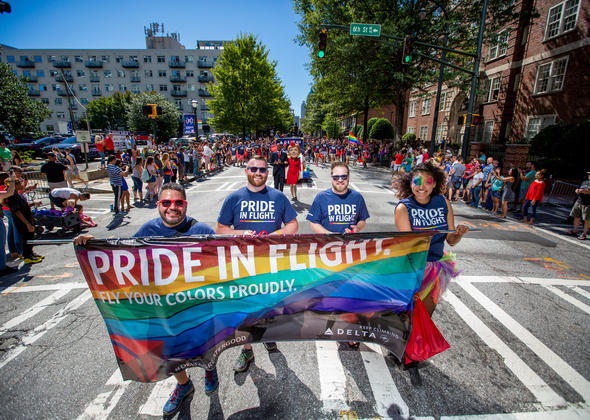 Delta Air Lines has been unveiled as a major sponsor for Pride in London 2017, helping celebrate and support for the LGBT+ community. Delta will be the official airline of the festival.

The partnership agreement highlights the airline’s strong support for diversity and inclusion, and its commitment to the values at the heart of Pride. Delta already supports pride parades in cities around the world and was recently named a Best Place to Work for LGBT Equality, attaining a 100 percent Corporate Equality Index score from the Human Rights Campaign.

“Equality and inclusion are core values at Delta and the reason we support Pride. Our people already march in 15 cities in the United States, Latin America and Asia and we’re looking forward to celebrating the LGBT+ community in London this summer,” said Nat Pieper, Delta’s Senior Vice President – Europe, Middle East and Africa.

Pride in London has grown into one of the largest Pride events worldwide, and is one of London’s biggest single events. It is the only major U.K. Pride run entirely by volunteers, and proudly remains free of charge. A number of Delta’s employees will march in the parade on July 8.

“Putting on such a major event and platform for the LGBT+ community, which now attracts an estimated million people each year, would not be possible without the generous and enthusiastic support of firms like Delta,” said Polly Shute, Sponsorship Director at Pride in London. “It is a great role model for the business community."