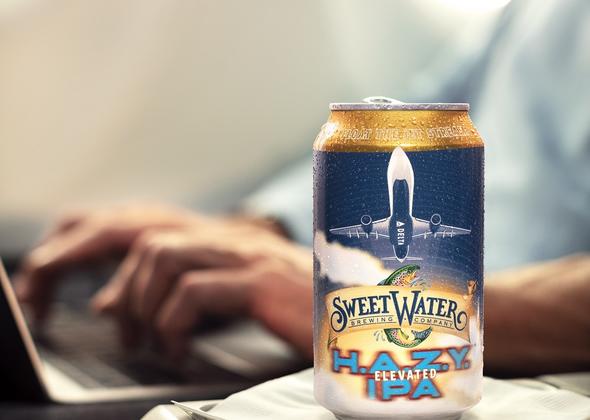 Download
The airline is launching a new SweetWater brew on aircraft come Memorial Day Weekend, formulated specifically to be enjoyed at 35,000 feet.
DELTA NEWS ON THE GO. Subscribe and follow.

Beer-lovers, behold – a new SweetWater brew is coming soon, but you’ll need to fly Delta to give it a try. 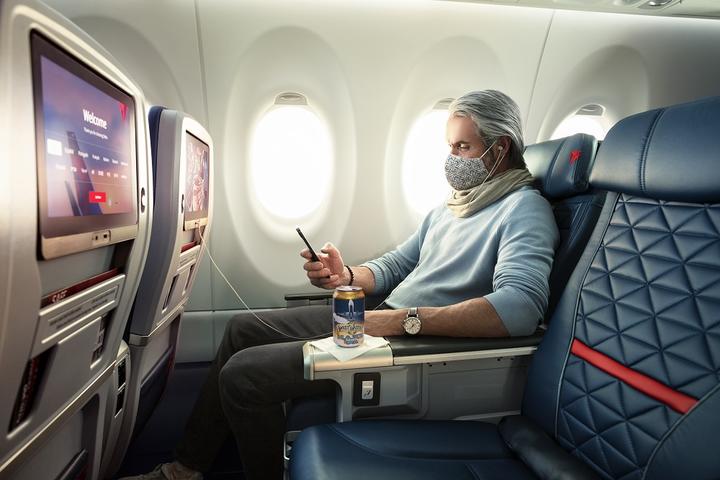 Starting Memorial Day weekend, Delta customers on U.S. domestic routes can enjoy SweetWater Brewing Company’s exclusive Elevated H.A.Z.Y. IPA*, created in partnership with Delta and formulated specifically to be enjoyed at 35,000 feet. The new brew is a reimagination of the acclaimed SweetWater H.A.Z.Y. IPA, tweaked so the same great experience customers have on the ground can now be enjoyed in the air.

“More customers are reclaiming the joy of reconnecting with people and places, and we know how a taste of something out of the ordinary – something created just for that moment – can elevate the journey,” said Delta’s Mike Crowley, V.P. – Onboard Service Operations. “Just as we’ve done with our wine program, we wanted to create a beer that tastes as delicious in the skies as it does on the ground – and our hometown independent craft brewer with a knack for tastes that meet the moment was the perfect partner to make it happen.”

Delta has expanded its SweetWater offerings domestically and internationally since the partnership launched in 2014. Now, SweetWater’s first-of-its-kind recipe, Elevated H.A.Z.Y. IPA, introduces new and more hops to the beer during the dry-hopping process, giving the already flavorful H.A.Z.Y. IPA more pronounced aroma that complements a smooth and creamy mouthfeel. At 35,000 feet, this added punch of citrus helps to balance the bitter and sweet combination of the beer and overcomes the ways smell and taste are otherwise subdued by altitude and humidity levels.

“Our team had been brainstorming a special collaboration brew for some time, but when Delta’s chefs approached us about adjusting a beer to account for tastebud sensitivity at higher altitudes, we knew we had something special,” said Brian Miesieski, Chief Marketing Officer at SweetWater. “The teams tasted and tested many different formulations onboard to ensure the recipe was perfect. Then we brought in our creative teams to design a unique can for the new brew that embodies the theme for this one-of-a-kind IPA. We are proud of our long-standing partnership with Delta, which is built on the shared vision of offering moments of delight.”

Delta continues to give customers even more ways to reclaim the joy of travel, all underpinned by our science-backed health and safety efforts. Learn more about what the airline is doing to make it easy to plan upcoming travel, manage entry restrictions and earn Medallion Status.

SweetWater Brewing Company is an Atlanta-based craft brewery founded in 1997. As the 11th-largest craft brewery in the U.S., SweetWater’s award-winning lineup of year-round beers includes 420® Extra Pale Ale, which can be found on Delta flights nationally and internationally. From day one, quality and innovation have been at the foundation of SweetWater. Beyond brewing high-quality beers, SweetWater is recognized for its contributions to the conservation of some of the nation’s most threatened rivers, streams and coastlines. For more information about SweetWater Brewing Company, please visit www.sweetwaterbrew.com.