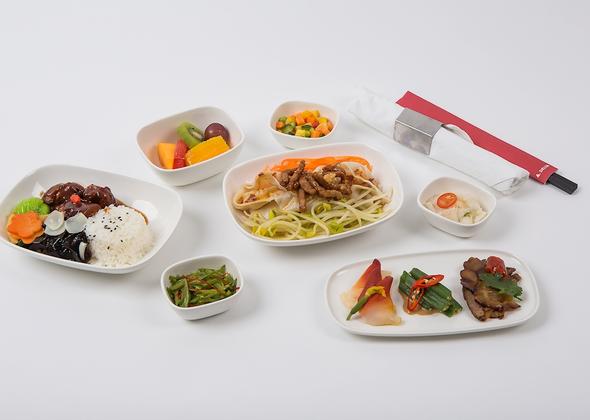 Delta travelers out of Asia with an eye for the authentic will soon feast on staples-turned-standouts like oven-baked sesame dumplings, kuro-buta pork and Bibimbap alongside other regionally sourced culinary centerpieces on select Delta flights. 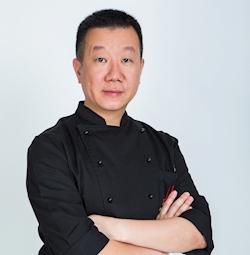 "Dining, no matter where you are, should be an experience that is enjoyed and remembered," said Allison Ausband, Senior Vice President — In-Flight Service. "Making sure the experience is as authentic to local culture as it is delicious is at the core of how we develop our in-flight menus, and why we wanted to partner with chefs Jereme Leung, Norio Ueno and Woo-Joong Kwon who are so well respected in their home countries." 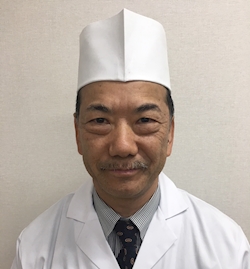 "I am looking forward to bringing some of my signature dishes and dining experience from our restaurants around the globe to our distinguished guests on Delta flights," Leung said. "Working with the Delta team to create their new Chinese cuisine offerings inspired by China's seasonality and many wonderful food options has been an amazing experience — I hope our guests enjoy these menus as much as I enjoyed designing them."

At the same time, Chef Ueno's detailed and respected approach to prepare dishes will inspire favorites like marinated rockfish and saimaki shrimp with special egg yolk vinegar, and kuro-buta pork served with samed rice, Japanese pickles and miso soup on flights from Japan to the U.S.

"Considering the different environment and challenges in the air versus on the ground, we had to think a little differently to design the in-flight meals," Ueno said. "Though it was a challenge to recreate our delicate dishes, we managed to achieve a high-quality menu without compromising authentic Japanese food, and are very much looking forward to offering of menu onboard to Delta customers."

Customers departing Korea for the U.S. will feel indulged knowing their menu has been directed by Kwon — a chef raised in a family of chefs whose Korean restaurant has earned two coveted Michelin stars. His dedication to bringing the authentic flavors of Korea using rare and precious seasonal ingredients with a contemporary twist will be highlighted in his dishes.

"I am very excited about my in-flight collaboration with global premier airline Delta Air Lines," Kwon said. "I am looking forward to working with the Delta team to design inspirational and sumptuous Korean dishes using my original recipes and various seasonal ingredients for Delta customers to experience on routes from Korea to the U.S." 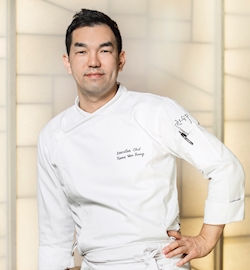 Delta will consult with all three chefs seasonally to refresh the offerings in each market.

Each chef will also be traveling to the U.S. annually to meet on an ongoing basis with Delta and the airline's catering and restaurant partners to develop meal selections for flights departing the U.S. to their respective countries.

Delta has a history of working with working chefs to bring local, seasonal flavors to the tray table. The airline has partnered with talent like James Beard honoree Linton Hopkins, select chefs from Danny Meyer's Union Square Hospitality Group, and most recently L.A.-based chef duo Jon Shook and Vinny Dotolo. The goal is always the same: translate fresh ideas about regionally authentic food into a surprisingly second-to-none dining experience in the sky.

Delta Air Lines serves more than 180 million customers each year. In 2018, Delta was named to Fortune's top 50 Most Admired Companies in addition to being named the most admired airline for the seventh time in eight years. Additionally, Delta has ranked No.1 in the Business Travel News Annual Airline survey for an unprecedented seven consecutive years. With an industry-leading global network, Delta and the Delta Connection carriers offer service to 313 destinations in 54 countries on six continents. Headquartered in Atlanta, Delta employs more than 80,000 employees worldwide and operates a mainline fleet of more than 800 aircraft. The airline is a founding member of the SkyTeam global alliance and participates in the industry's leading transatlantic joint venture with Air France-KLM and Alitalia as well as a joint venture with Virgin Atlantic. Including its worldwide alliance partners, Delta offers customers more than 15,000 daily flights, with key hubs and markets including Amsterdam, Atlanta, Boston, Detroit, Los Angeles, Mexico City, Minneapolis/St. Paul, New York-JFK and LaGuardia, London-Heathrow, Paris-Charles de Gaulle, Salt Lake City, São Paulo, Seattle, Seoul, and Tokyo-Narita. Delta has invested billions of dollars in airport facilities, global products and services, and technology to enhance the customer experience in the air and on the ground. Additional information is available on the Delta News Hub, as well as delta.com, Twitter @DeltaNewsHub, Google.com/+Delta, and Facebook.com/delta.