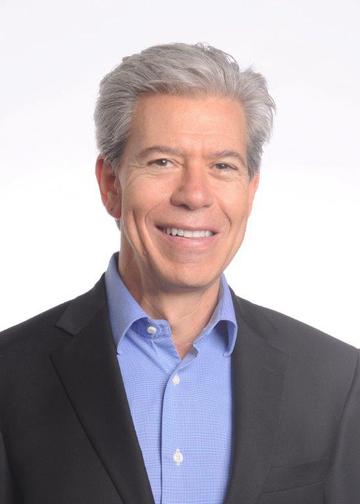 Delta made a commitment five years ago to grow with the Puget Sound region. The airline now offers 166 peak-day flights, including seven long-haul international destinations. To support this commitment, Delta has invested more than $27 million in the airport customer experience at Sea-Tac, including its award-winning Delta Sky Club that opened in 2016, and has invested billions in enhanced amenities for customers. Delta also continues to be committed to operational excellence across its system. Gonchar’s charge will be to build on this foundation and to continue earning the business and loyalty of Pacific Northwest travelers.

He will lead the team in Seattle dedicated to serving the airline’s customers and partners in the region, which includes the recent appointment of Kyle Ingebrightson to General Manager – Pacific Northwest Sales. Gonchar will be responsible for Delta’s financial performance in the region as well as marketing, corporate and agency sales, sponsorships and community relations in the market. He will also work closely with Delta’s local partners as well as business and civic leaders and with the Port of Seattle. A project of key importance to Delta’s international customers is the completion of the new international arrivals facility scheduled to open in 2019.

Gonchar has deep roots in the travel industry and in Seattle. He serves on the board of Visit Seattle, the city’s destination marketing organization. Prior to joining Delta, Gonchar served in Seattle-based sales roles for both Expedia and American Express.

“As a Seattle resident for nearly 30 years, I’m deeply passionate about our region and the travel needs of our customers in this region,” Gonchar said. “Delta’s growth over the last five years has changed the travel landscape in Seattle. I’m excited to lead the team as we introduce additional destinations and demonstrate the value of partnering with Delta.”

Gonchar replaces Caldwell, who served in the role since early 2017 before being tapped for the Vice President role at Delta’s DPJ subsidiary. Caldwell’s deep entity management background makes him uniquely qualified for the DPJ role as it accelerates its growth plans.

Delta Air Lines serves more than 180 million customers each year. In 2017, Delta was named to Fortune’s top 50 Most Admired Companies in addition to being named the most admired airline for the sixth time in seven years. Additionally, Delta has ranked No.1 in the Business Travel News Annual Airline survey for an unprecedented six consecutive years. With an industry-leading global network, Delta and the Delta Connection carriers offer service to 306 destinations in 52 countries on six continents.