Delta Air Lines will unveil a redesigned version of its in-flight SKY magazine that celebrates people and travel with the release of the April 2014 issue, which will be available onboard more than 5,000 Delta flights beginning April 1.

The new SKY will be a leading premium travel magazine focused primarily on business travel and aligned to the interests of Delta’s customers.

“As we continue offering premium products for our customers, we’ve looked for ways to differentiate each element of the onboard experience, including our tremendously successful SKY magazine,” said Tim Mapes, Delta’s senior vice president – Marketing. “The new SKY will focus on content that is both relevant and interesting to our customers, providing them with yet another entertainment option on their travels around the globe.”

The new SKY will focus on four key editorial areas relevant to Delta’s customer base: travel, people, business and innovation. The magazine will highlight the best in travel with a focus on Delta’s routes, products and partnerships; cover people and stories that align with customer interests; provide editorials about people, places and things that are unique, differentiated and relevant to Delta; and cover trends, technology and places that are pushing progress and advancement in the travel industry.

The design of the new SKY will use more evocative imagery and a cleaner design for the reader with content organized into more clearly defined chapters. SKY will also direct readers to additional content - including slideshows, video and music lists - on Delta’s digital channels, including in-flight entertainment systems, the Taking Off blog and the Fly Delta app. SKY is also available for download each month on the Fly Delta app for iPad.

Readers can expect to see new stories highlighting innovation in travel and business, with longer feature stories around interesting and relevant destinations. This new organization and focus on content will continue to have the same award-winning editorial features and retain popular columns like My Favorite Street, My Bag and Style Inspiration.

The April cover of SKY features Sir Richard Branson, founder of Delta joint venture partner Virgin Atlantic Airways and Virgin Group, and focuses heavily on London both as a business and leisure destination.

SKY is a premium onboard magazine with an industry-leading monthly readership of 5.2 million unique readers and has received multiple editorial and design awards, including Pearl and Folio awards.

Delta Air Lines serves nearly 165 million customers each year. This year, Delta was named the 2014 Airline of the Year by Air Transport World magazine and was named to FORTUNE magazine’s top 50 Most Admired Companies in addition to being named the most admired airline for the third time in four years. With an industry-leading global network, Delta and the Delta Connection carriers offer service to 324 destinations in 59 countries on six continents. Headquartered in Atlanta, Delta employs nearly 80,000 employees worldwide and operates a mainline fleet of more than 700 aircraft. The airline is a founding member of the SkyTeam global alliance and participates in the industry’s leading trans-Atlantic joint venture with Air France-KLM and Alitalia as well as a newly formed joint venture with Virgin Atlantic. Including its worldwide alliance partners, Delta offers customers more than 15,000 daily flights, with hubs in Amsterdam, Atlanta, Cincinnati, Detroit, Minneapolis-St. Paul, New York-JFK, New York-LaGuardia, Paris-Charles de Gaulle, Salt Lake City and Tokyo-Narita. Delta has invested billions of dollars in airport facilities, global products, services and technology to enhance the customer experience in the air and on the ground. Additional information is available on delta.com, Twitter @Delta, Google.com/+Delta, Facebook.com/delta and Delta’s blog takingoff.delta.com. 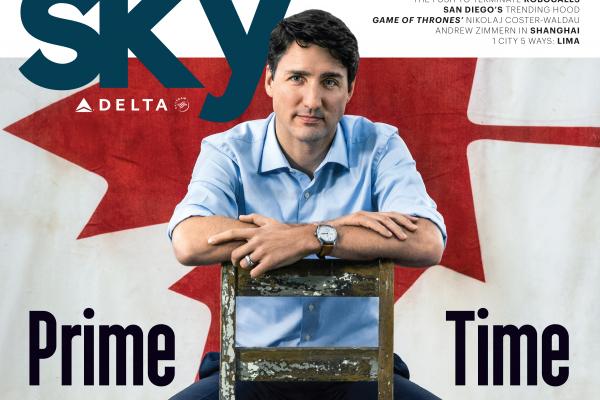