Delta celebrated the New York Mets’ return to the postseason with the dedication of a Mets-branded Boeing 757 at New York-JFK today. 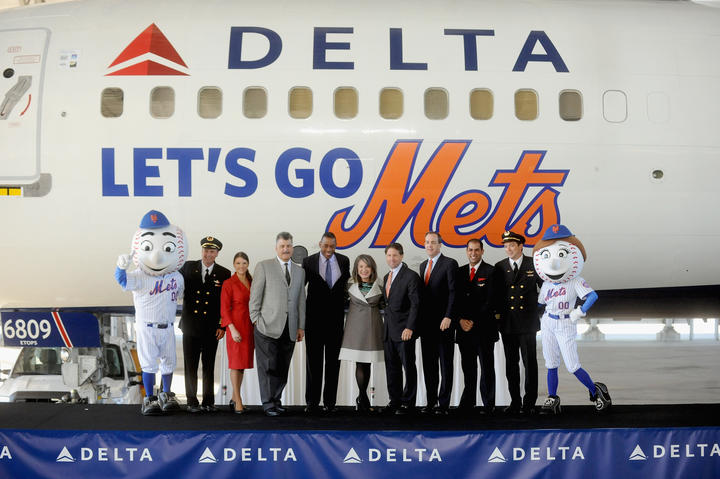 The event followed the airline’s announcement Monday that it will renew its team sponsorship agreement, extending Delta’s designation as the Official Airline and Official Private Jet Carrier of the New York Mets through 2023.

“Without a doubt, the Mets are part of the fabric of the New York community,” said Grimmett at the unveiling ceremony. "As the team’s official airline and New York’s largest carrier, Delta is thrilled to unveil this ‘Let’s Go Mets’ aircraft to celebrate our longstanding relationship and what promises to be an exciting playoff series.”

The team’s playoff run begins Oct. 9. As the Official Airline of the Mets, Delta flies the team to and from away games throughout the regular season and the playoffs.