To explain the threat subsidized state-owned Gulf carriers pose to Delta, the U.S. aviation industry and millions of jobs, the airline produced for its employees this week a ​video featuring the perspectives of Delta employees and executives, as well as experts in trade, economics and aviation. 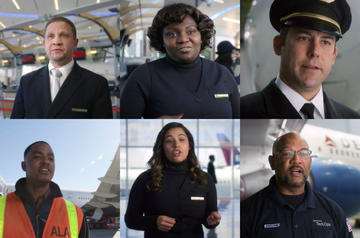 The film is the latest effort in the airline’s campaign to urge government officials in Washington to level the playing field for U.S. airlines and enforce Open Skies agreements with the United Arab Emirates and Qatar. Dozens of frontline Delta employees have visited Washington, D.C., over the past few months to call on Congress to act; leaders from a number of states have sent letters urging the Trump administration to enforce those agreements.

Delta is among a number of airlines and labor unions comprising the Partnership for Open & Fair Skies, which has claimed that Emirates Airline, Etihad Airways and Qatar Airways receive billions of dollars in subsidies from their governments every year – more than $50 billion since 2004 – which they've used to rapidly expand their fleets and global operations regardless of profitability. The subsidies harm the U.S. aviation industry and hard-working Americans. In fact, for every international flight that U.S. airlines are forced to close due to subsidy-fueled Gulf carrier expansion, economists estimate that over 1,500 American jobs are lost.