SEATTLE -- London calls, and joint venture partners Delta and Virgin Atlantic are answering by adding more than 50 daily seats between Seattle and London as well as adding service from Portland International Airport to London-Heathrow.

Beginning March 26, 2017, Virgin Atlantic will fly between Seattle-Tacoma International Airport and London-Heathrow, replacing the flight currently operated by Delta. This marks Virgin Atlantic's first flight in Seattle, offering customers a greater number of seats on its most fuel-efficient aircraft – a Boeing 787-9 Dreamliner. With this change, customers will have the opportunity to enjoy Virgin Atlantic's  innovative service, including  its Premium Economy product featuring a new Wander Wall for snacks and socializing, chauffer limo service, its iconic bar and fully flat-bed seats for Upper Class customers, and a uniquely British food and beverage service. Upon landing into London-Heathrow T3, Upper Class customers can refresh and refuel in Virgin Atlantic's Revivals Lounge before heading to London for meetings. Prior to departure, select customers can work, relax, and dine in Virgin Atlantic's award-winning Clubhouse.* 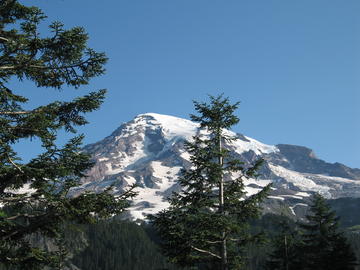 "We are looking forward to broadening our presence on the West Coast of America by introducing the Virgin Atlantic experience to customers in Seattle," said Erik Varwijk, Virgin Atlantic's Executive Vice President of Commercial. "It is because of our joint venture with Delta that we have been able to optimize our routes and touch down in Seattle next summer using our newest, most fuel efficient Boeing 787-9 aircraft with additional capacity. In less than a year, customers flying between the Pacific Northwest of the U.S. and the U.K. can delight in all that Virgin Atlantic has to offer – from our Premium Economy cabin to our airport Clubhouses and uniquely British onboard service."

"In more than two years of partnership, Delta and Virgin Atlantic have built a network centered on the needs of customers. For Seattle, that means adding 50 daily seats between Sea-Tac and London," said Mike Medeiros, Delta's Vice President–Seattle. "Seattleites will appreciate Virgin Atlantic's Premium Economy product and its pioneering, authentic brand, while enjoying the same high level of service they've grown accustomed to on Delta's London flight."

Virgin Atlantic's Seattle to London-Heathrow service will operate as follows:

Along with the swap in Seattle, Delta will launch seasonal service from Portland to London, Portland's first and only flight to the U.K. The flight will be operated four days per week from May 26, 2017, through Oct. 29, 2017 using a Boeing 767-300ER aircraft. Home to four Fortune 1000 companies, Portland's growing economy outpaces the U.S. average, and London service will complement Delta's existing long-haul international service to Amsterdam and Tokyo for Portland's business customers. Portland is also a popular tourist destination for travelers from Europe.

Delta's Portland to London-Heathrow service will operate as follows:

Delta's joint venture with Virgin Atlantic gives customers more options and a seamless experience between the U.S. and U.K. Together, the airlines continuously evaluate their joint trans-Atlantic network to match the right aircraft to the right destinations. Seattle was one of the first trans-Atlantic services to result from the joint venture when it began in March 2014. 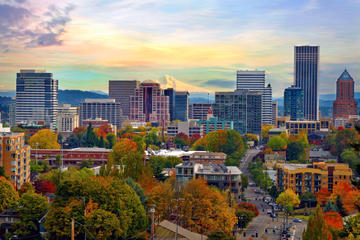 Beginning March 25, 2017, the airlines' joint summer 2017 schedule will include a total of 42 peak daily nonstop flights between the U.S. and the U.K. Of these, 28 flights will operate between London-Heathrow and popular U.S. destinations such as Seattle, Los Angeles, San Francisco, Atlanta and Washington, and 14 flights will operate between Manchester, Glasgow, Belfast, London Gatwick and Edinburgh to popular U.S. destinations.

Delta is the largest global carrier at Sea-Tac and Portland International Airport and has more than tripled flights at its Seattle hub since 2012. This summer, Delta will offer more than 150 peak-day departures to more than 40 destinations from Seattle, offering Delta and Virgin Atlantic's London customers connecting opportunities throughout the U.S. and Canada. Every Delta flight from Seattle features jet service with Delta One/First Class and Delta Comfort+ seating and free entertainment options via Delta Studio as well as Wi-Fi service on nearly every domestic aircraft operating in the contiguous U.S. The airline will open a new Delta Sky Club located between Concourses A and B in late 2016.