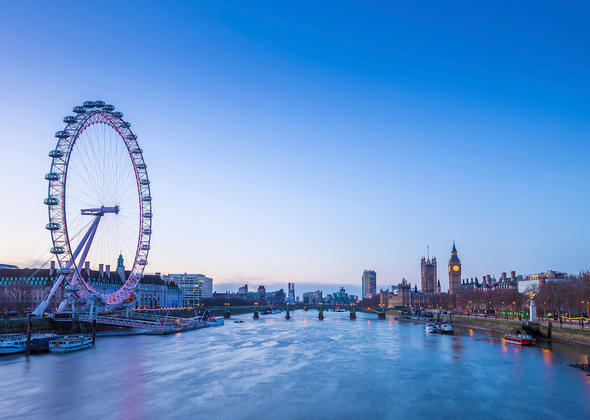 Delta is boosting its transatlantic schedule between London-Heathrow and its coastal hubs in Boston and New York-JFK next summer, adding 15 percent capacity compared to 2019. Alongside joint venture partner Virgin Atlantic, the two airlines will increase capacity across the Atlantic by nearly 10,000 seats per week compared to this year, offering customers unrivalled customer experience and more choice than ever before.

“Delta and its partners offer an unmatched global network that's capable of taking Boston and New York customers to more worldwide destinations than ever before," said Joe Esposito, Delta’s Senior Vice President – Network Planning. “Our investment at these airports and in these communities continues to deepen as we grow our flight offerings and live up to our commitment to connect the world better than any other airline.” 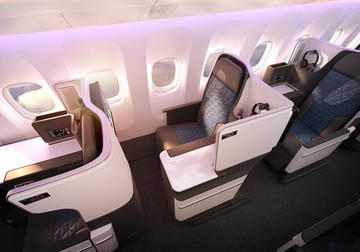 Starting this winter, all of Delta’s JFK and Boston-Heathrow flights will operate on its newly retrofitted Boeing 767-400 aircraft, featuring a modern interior and all four branded seat products – including a more private Delta One experience, Delta Premium Select, Delta Comfort+ and Main Cabin – to give customers greater choice when they travel. Delta's refreshed 764-400 aircraft also features the new wireless IFE system developed by Delta Flight Products with seat-back entertainment screens in every cabin and thoughtful touches like full-spectrum LED ambient lighting and memory foam cushions for added comfort. The aircraft is equipped with 33 Delta One seats in a 1-2-1 configuration, 20 Delta Premium Select seats in a 2-2-2 configuration, 28 seats in Delta Comfort+ and 156 seats in Main Cabin.

Additionally, Delta is set to return to London’s Gatwick Airport alongside Virgin Atlantic with new services from Boston and New York-JFK effective May 21, 2020. Gatwick will become the seventh transatlantic destination served nonstop by Delta from Boston, while flights from New York-JFK will be operated by Virgin Atlantic. Gatwick is currently the largest unserved European market from New York and will be one of four daily flights from three U.S. cities next summer for the partners. It offers easy access to south London and some of the capital’s top sites, including Westminster and Buckingham Palace.

“We’re excited to return to London Gatwick, which is where we launched our first U.K. destination over 40 years ago, and continue to grow our international network from Boston,” said Roberto Ioriatti, Delta’s V.P. — Transatlantic. “Together with Virgin Atlantic, we are strengthening our presence in the northeast U.S. and in London, offering customers a greater choice of destinations combined with the excellent service they can expect from our airlines.”

Delta’s return to Gatwick will mark the first time the airlines have both served the airport since their partnership began in 2014. Customers flying from the northeast United States will benefit from up to 18 daily flights between Boston and New York and the United Kingdom.

Delta is also set to return to Manchester with new peak-summer service from Boston effective May 21, 2020. Manchester will become the eighth transatlantic destination served nonstop by Delta from Boston, while flights from Atlanta, New York-JFK, Las Vegas, Los Angeles and Orlando will continue to be operated by Virgin Atlantic. Together the airlines will offer a schedule of up to six daily flights to Manchester from six U.S. cities next summer.

Delta will operate Boston-Manchester service on Boeing 757 aircraft equipped with 16 lie-flat seats in Delta One, 44 seats in Delta Comfort+ and 105 seats in Main Cabin.

“Our announcement today marks another phase of growth, both for our transatlantic network and for our partnership with Delta,” said Juha Jarvinen, E.V.P. Commercial at Virgin Atlantic. “I’m delighted that between us, we’re increasing our presence across our hub airports of Heathrow, Gatwick and Manchester, reaffirming our commitment to provide more choice, convenient schedules and an unrivalled customer experience across the Atlantic. Our increased services to Los Angeles and Seattle further cement our commitment to our west coast flights, which follow the introduction of our exceptionally popular Manchester – Los Angeles route that launched earlier this year.”

Delta at JFK and Boston

Delta has grown its presence in New York City by over 65 percent in the last 10 years and today operates more than 520 peak-day departures from its hubs at LaGuardia and JFK. The airline is JFK’s No. 1 carrier, offering more than 240 peak daily departures to nearly 100 worldwide destinations. The airline first unveiled its $1.4 billion, state-of-the-art international gateway at JFK’s Terminal 4 in 2013. Delta also continues to make significant investments to provide more consistency, comfort and convenience in the travel experience throughout all cabins of service on its flights to and from New York.

Delta is Boston’s No. 1 global carrier, with the airline and its partners offering the most international seats from Logan International with flights to up to 18 international destinations, including new Delta-operated seasonal service to Lisbon and Edinburgh, an additional Amsterdam flight by partner KLM, a daytime London-Heathrow flight operated by partner Virgin Atlantic, and new nonstop Seoul-Incheon service operated by partner Korean Air all added earlier this year.