Kids in Lynn, Mass., have a brand-new place to play thanks to more than 200 Delta and community volunteers who came together on Saturday to build Delta's 29th KaBOOM! playground at KIPP Academy Lynn Elementary—the first Delta-KaBOOM! build in the Boston area. 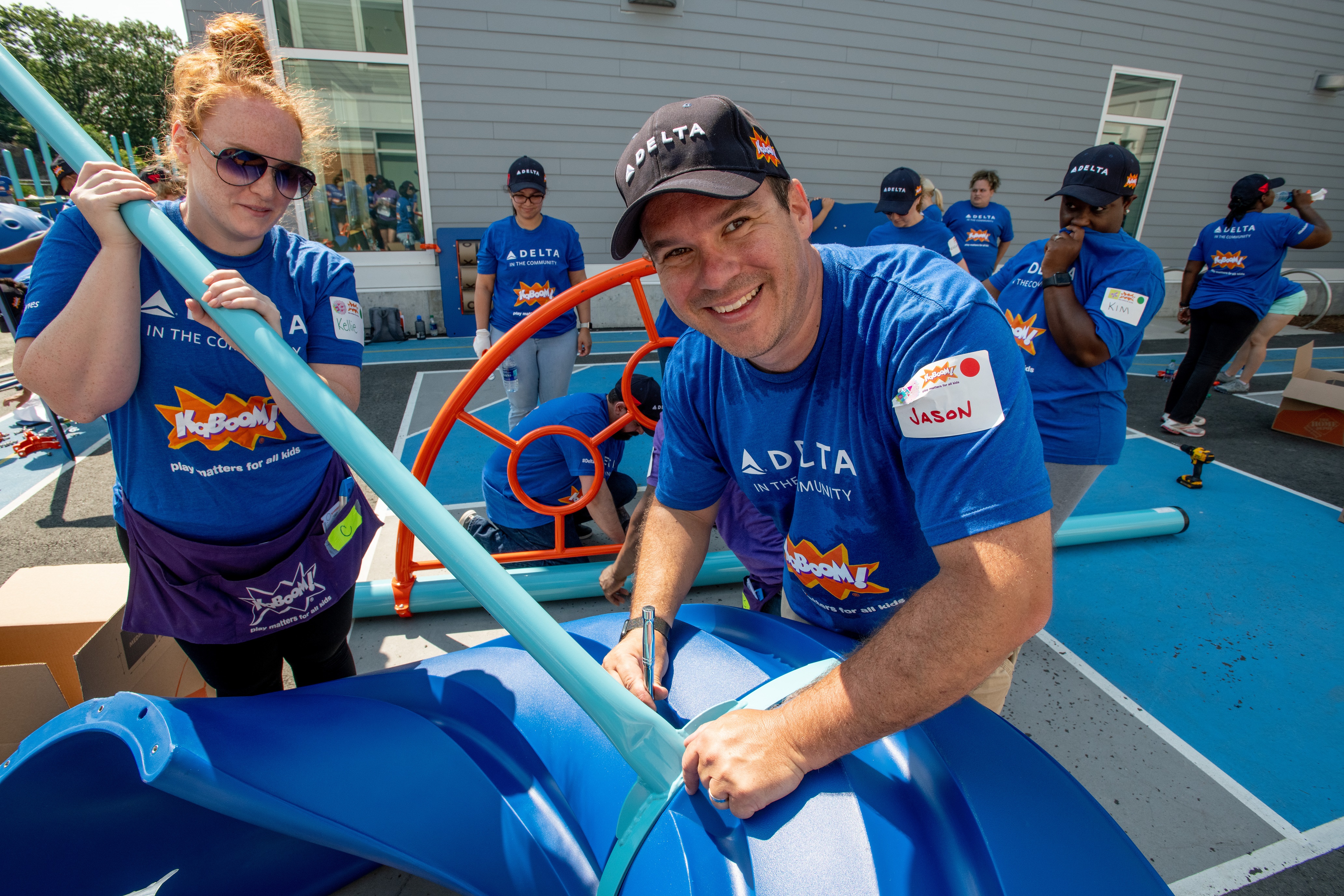 Boston-based Delta people were joined by colleagues from across the system, as well as by dozens of KIPP Lynn teachers and parents, to build a safe, accessible playground for kids in the community. It was something they needed for several years, as KIPP Lynn's elementary school had long been operating in temporary space without an outdoor play area. The school recently took up residence on a permanent KIPP campus in downtown Lynn, and now – following six hours of assembling, painting and concrete-mixing by Team Delta – the new campus also features a cool new playground with colorful equipment, picnic tables, an outdoor classroom area, and many other creative elements inspired by the students' own designs.

"Delta employees are always giving back to the communities where we live, work and serve, and it was truly amazing to have Delta and this community come together to make this playground a reality," said Tad Hutcheson, Managing Director – Community Engagement. 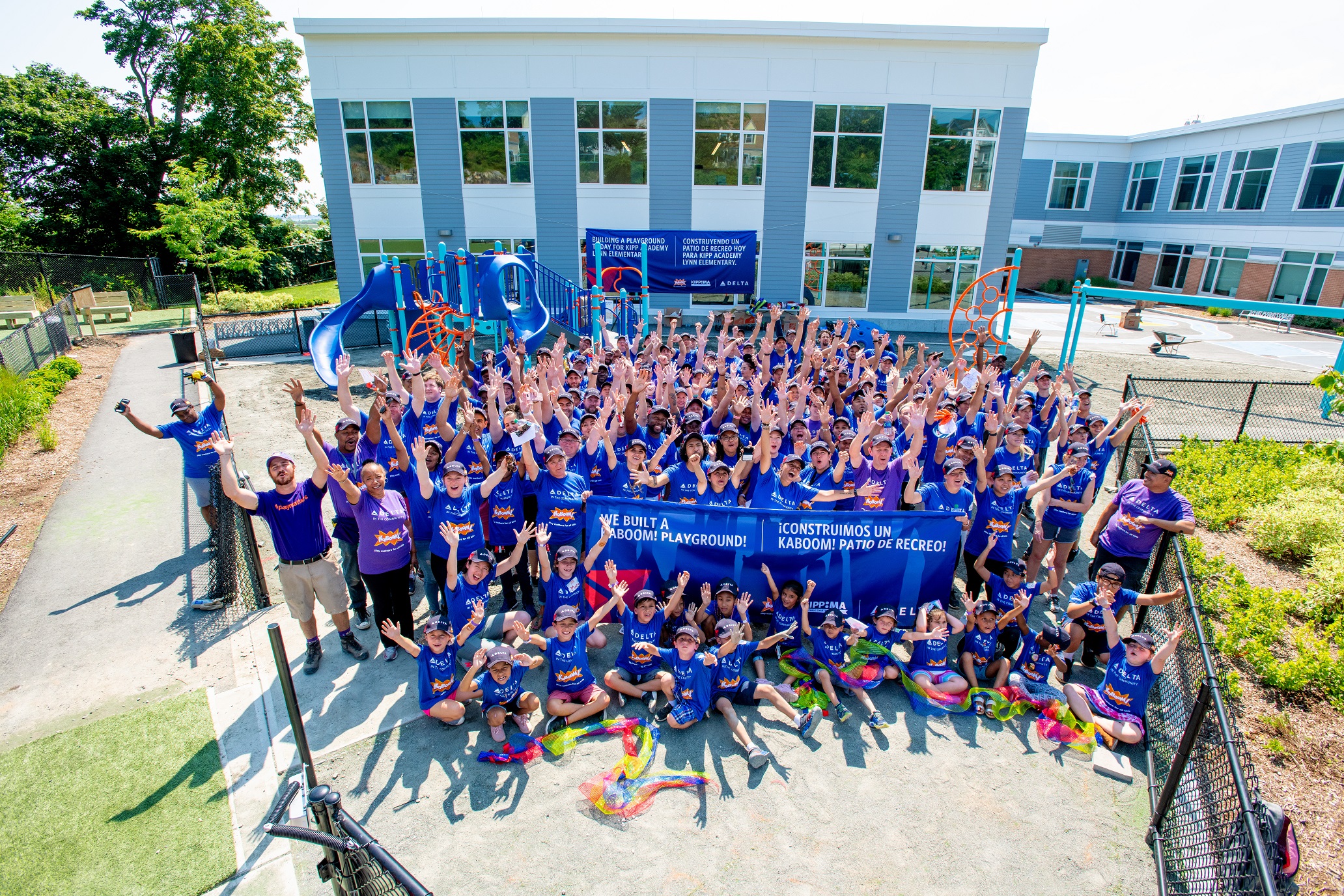 Delta has been investing significantly in Boston over the past few years, growing to more than 140 daily flights to more than 50 nonstop destinations from Logan Airport. Earlier this year, the airline launched new international flights to Lisbon and Edinburgh, and this fall will serve three additional domestic destinations – Chicago, Washington-Reagan and Newark-Liberty – once it assumes operations at all gates at Logan's Terminal A in September, growing its airport footprint by five gates. Delta is also expanding one of its Delta Sky Clubs by next year, including new showers, additional seating and a reimagined food and beverage area.

"Delta is building a hub here in Boston, and we're focused not just on growing at the airport, but growing in our community as well, and we're really excited about that," said Charlie Schewe, Director – New England Sales. "Days like today speak volumes – Bostonians know that Delta is here for them."

Delta Air Lines supports KaBOOM! in promoting and protecting a child's right to active play at home, at school and in the community. This year, Delta will complete four KaBOOM! playgrounds, including those already built in Los Angeles and Seattle and one more slated for October in Atlanta.

"Play is a fundamental part of development, so this playground really means a lot to us," said KIPP Lynn Elementary School Principal Eveleen Hsu. "It's our first time having something like this, and the fact that our own families and kids helped to build it with Delta is just wonderful."​​​