Delta partnered with the American Red Cross to sponsor the 'Sound the Alarm. Save a Life' campaign April 28 - May 13. Over 30,000 volunteers installed more than 103,000 smoke alarms nationwide, and over 43,000 homes were made safer through the development of disaster plans and fire safety education. 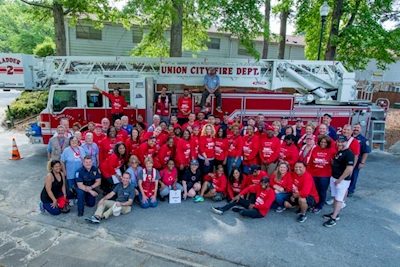 "Through the Sound the Alarm. Save a Life program, the American Red Cross and Delta are helping to save lives, and we are proud to be a national sponsor of the program and have Delta volunteers engage in local communities to make a tremendous difference, "said Tad Hutcheson, Delta's Managing Director - Community Engagement.

The American Red Cross is Delta's longest-standing nonprofit partner. The partnership has allowed the airline, its customers and employees to help those in need since 1941. Delta is the largest corporate blood donor in the Southeast and ranked No. 2 in the U.S. In addition to blood donations, Delta is an Annual Disaster Giving Program (ADGP) participant at the $1million level, allowing the organization to be strategic and proactive in disaster response.