Delta’s Diversity and Inclusion Council recently sponsored the Emerging 100 Leaders Awards and Sponsorship Gala of Atlanta held at the Delta Flight Museum. The event highlighted several remarkable students who were being honored for their perseverance and achievement for academic excellence in the face of adversity. 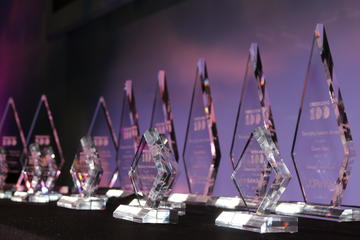 “On behalf of Delta employees worldwide, we honor you and are proud of you,” he said.

During the event, Delta presented a scholarship to Erico Corbett for his many notable achievements.

Phillips noted that Erico has overcome great adversity on his road to graduating from Carver Early College. He is the president of the student body and of Esquires, Inc., where he tutors elementary school students.

“Erico truly embodies leadership, tenacity and commitment to his community,” Phillips said. “It is an honor to present this young man with this award and scholarship.” 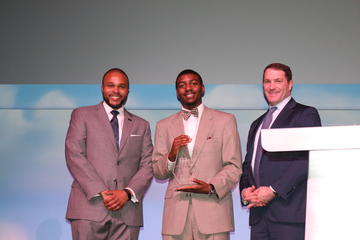 Erico faced a tremendous loss at the age of four, when his mother was murdered and his father was incarcerated. With the support of his grandmother and mentors, Erico has excelled not only academically, but through service in the community. Erico is also a member of the Carver Early College Ecology Club, four Honor Societies and the JROTC Drill Team.

“I want to say thank you for all the help I’ve had along the way,” Erico said. “My mentors and my grandmother encouraged me to push myself. I want to give back to the community. I think that by going to college and striving to achieve all of my goals will allow me to do so.” 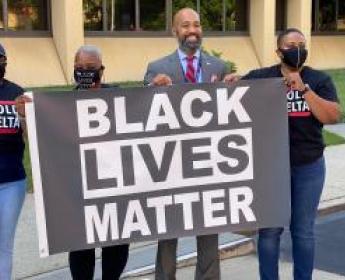