Delta’s first black female captain: ‘Taking off was the thrill of my life’ 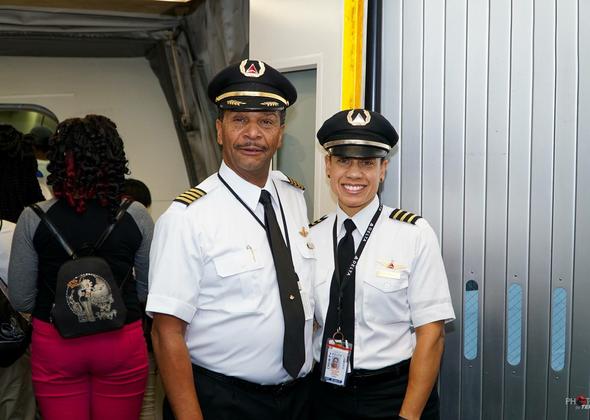 Throughout February, Delta is highlighting employees who have made their mark  as African-American pioneers in a series called “Delta’s Very Own Heroes.” The first spotlight is on Detroit-based pilot Capt. Stephanie Johnson.

As a child, Stephanie Johnson would look up at planes soaring across the sky and think one thing: What a great thing it would be to learn to fly. That little bit of curiosity, plus some encouragement along the way, would take her a long way to where she is today – Delta’s first black female captain.

In a recent interview with Delta News Hub, Johnson, who has been a commercial airline pilot for 20 years, talks about her first taste of flying, being a history maker and inspiring others to follow in her footsteps. 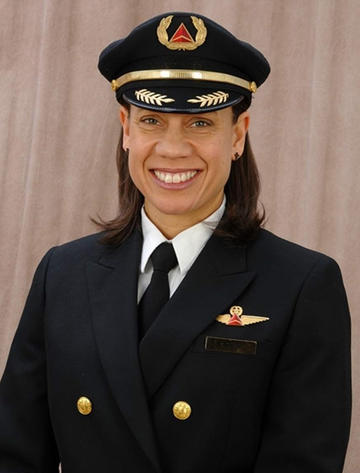 DNH: What was your inspiration to become a pilot?

Capt. Stephanie Johnson: There were no pilots in my life growing up, and I think I’m the first person in my family to graduate from college. But for as long as I can remember, I have been fascinated with airplanes and would think, “What a great thing it would be to know how to fly.”

In high school my physics teacher, Mr. White, mentioned that he had an airplane, and I asked him if he’d ever take students flying. He agreed as long as I could get a couple of my friends to come and pay for gas. I was so excited and thought it was such a generous offer – I found my two bravest friends and we set a date.

Taking off from Burke Lakefront Airport [in Cleveland] in his Piper Cherokee was the thrill of my life. Once we were airborne, he actually let me fly the airplane. I will never forget looking out at the horizon and Lake Erie over one wing and the city of Cleveland over the other. My interest was fueled.

DNH: What was your career path to becoming a pilot?

SJ: I learned to fly in college, at Kent State University. I became a flight instructor before I had ever even taken a commercial flight. Today, their aviation program is still going strong.

As I was training, I worked several jobs, including at Blockbuster video and in airport operations. After building flight time as an instructor, I was hired by a commuter carrier, where I was able to earn enough good flight experience to apply for a job at Northwest Airlines, and I was hired as their first African-American female pilot in 1997.

SJ: I feel a great sense of responsibility to be a positive role model. There are so few women in this profession and too many women who still don’t think of it as a career option. When I was hired by Northwest Airlines, there were 12 African-American women airline pilots in the country at the major airlines, and I knew all of their names.

Today is very different, and though there are still people to inform, I am so thankful that the word is out. This is a great career – it’s worth the hard work. 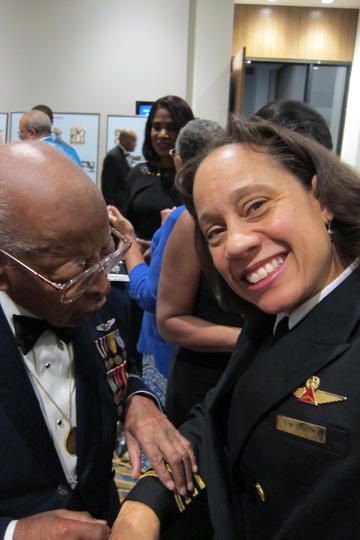 DNH: What has been the most rewarding moment of your career?

SJ: One of the most rewarding parts of my career has been sharing my passion for aviation and exposing young people to the opportunities in the field. I’ve been a participant in the Detroit Aviation Career Education Academy for about 18 years, and last year, I was the director of the Cleveland ACE Academy.

One moment was when one of our star students stood at the podium during graduation with an emotional and heartfelt thanks for showing him a world he didn’t know existed – there could have been no greater reward for the volunteers who spent months planning the program.

Another moment was when jazz great Lionel Hampton was onboard one of my flights. He was in a wheelchair, but his assistant came to the flight deck and told me he wanted to meet with him. When I greeted him after the flight, he was incredibly gracious and told me he was proud of me. I was speechless. Here was a talented pioneer – someone I had read about and whose music I had listened to. I was shocked and honored.

Mr. Hampton lived and created something powerful at a time in our country when African-Americans were not afforded the same rights we have today.  It is because of people like him and every Tuskegee Airman that I am where I am.  It is my responsibility and pleasure to share what I can with the next generation.