Delta’s first new concourse at LaGuardia opens; a milestone in $8B airport rebuild

Ten years ago, the idea of building a new LaGuardia - while keeping the existing airport running - seemed nearly impossible. But today, Delta unveiled its first new concourse at the airport, a 105,000-square-foot showpiece that signals the airline’s exciting future in New York. 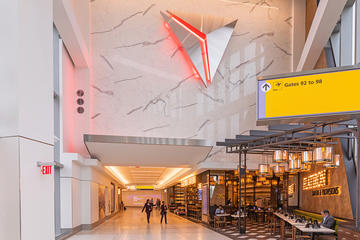 On Monday, customers will walk for the first time into the bright and spacious concourse in what will become Delta’s Terminal C, marking a major milestone in the $8 billion transformation of the airport.

The opening of the first new concourse and seven gates at Delta’s new terminal, on the far eastern side of the airport, was celebrated at an event attended by New York Gov. Andrew Cuomo, Queens Borough President Melinda Katz, and representatives of the Port Authority of New York and New Jersey. Read the Port Authority's press release.

Delta CEO Ed Bastian said, "Two years ago, we set out to build a state-of-the-art facility at LaGuardia Airport, an airport that our customers and the people of New York deserve. Thanks to the commitment and hard work of the Delta team and our many partners, today marks the beginning of a new era for millions of Delta customers at LaGuardia. The excitement that is building here is palpable and contagious, and we are already looking ahead to many more milestones to come."

Gov. Cuomo praised Delta’s vision. “I remember when I got off the phone (with Bastian), I said I understood why this man is the CEO of Delta. This is a leader, this is a man with a vision, this is a man of courage, and he stepped up to the plate with one hand.

“He has the character to say, ‘I understand the obstacles, but we will overcome those obstacles.’” 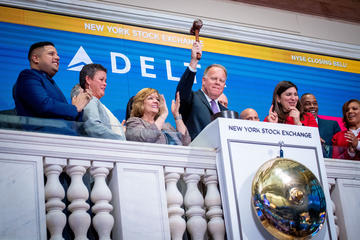 After cutting the ribbon at LaGuardia, the Delta team led by Chief Operating Officer Gil West marked the occasion by ringing the closing bell at the New York Stock Exchange.

This opening is the latest milestone in the complete rebuild of LaGuardia, which will provide a world-class passenger experience featuring modern customer amenities, state-of-the-art architecture, more spacious gate areas and a connected terminal system.

Customers will be welcomed into the new concourse by an open and airy entrance with innovative backlit 3D Delta supergraphic and floor-to-ceiling views of Citi Field, home of the New York Mets, and Flushing Bay.

“The opening of this concourse at LaGuardia represents not only a major milestone for Delta’s new terminal but also our continued commitment to our employees, our customers and our facilities here in this great state,” said Ryan Marzullo, Delta’s Managing Director – New York Construction. “We’re leaving our mark on an exceptionally high-profile project that millions of people will experience and enjoy as they travel to and from New York City for decades to come.” 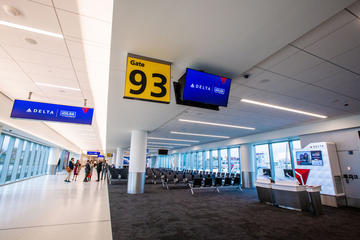 Delta operates more than 275 peak-day departures from its LGA hub and began construction on the $4 billion replacement of Terminals C and D in 2017, building on the airline's extensive investment in New York airports over the past decade.

RELATED: Read and download an infographic on Delta's hubs in New York City. 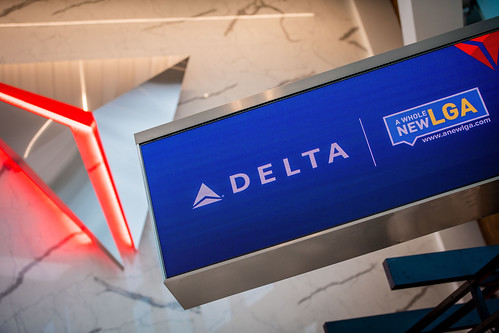