Flight operations have returned to normal following Monday’s outage, airline officials said at noon today. Delta started the day with roughly 25 mainline flights canceled—some due to bad weather in the Midwest—and no additional cancellations are anticipated. 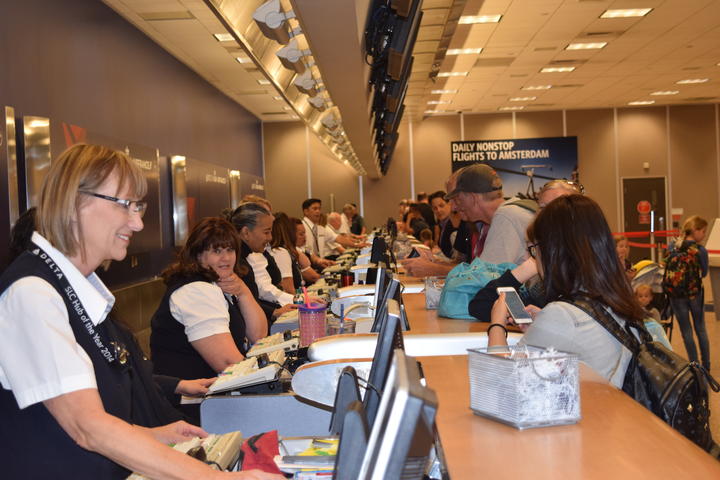 “The airline is back on its feet, moving past this week’s disruption and operating normally,” said Dave Holtz, Delta’s Senior Vice President—Operations and Customer Center. “Running a reliable operation is something we pride ourselves on and frankly, that didn’t happen this week. But our teams have worked tirelessly to bring back the dependable airline our customers have known us to be and have come to expect from us.”

With the impact of the power loss is in the rearview mirror, the airline is carefully monitoring the development of a weather system that may hit the eastern third of the U.S. later today, with the possibility of air traffic control-related delays possible in the Northeast. No additional cancellations as a result of weather are expected, however.

The airline plans to fly more than 610,000 people today. By noon Thursday, nearly 2,200 flights had departed with more than 85 percent departing within 15 minutes of the scheduled departure time.

Even so, customers traveling today should check the status of their flight at delta.com or the Fly Delta App. Delta's travel waiver has been extended through Thursday. (link to waiver has been removed as the link is no longer active)

Monday morning an uninterrupted power source switch experienced a small fire which resulted in a massive failure at Delta’s Technology Command Center. This caused the power control module to malfunction, sending a surge to a transformer outside of Delta, resulting in the loss of power. The power was stabilized and power was restored quickly. But when this happened, critical systems and network equipment didn’t switch over to backups. Around 300 of about 7,000 data center components were discovered to not have been configured appropriately to avail backup power. In addition to restoring Delta’s systems to normal operations, Delta teams this week have been working to ensure reliable redundancies of electrical power as well as network connectivity and applications are in place.

Watch a video of CEO Ed Bastian's apology to customers