As Delta turns the page to 2016, the airline’s goals for next year include building on its growing momentum in Latin America and the Caribbean, a key market for leisure and business travelers.

Delta News Hub recently spoke with Nicolas Ferri, Delta's Vice President - Latin America and the Caribbean, about progress made in 2015 and what’s in store for the region in 2016.

DNH: Where do you see the greatest areas of organic growth for the rest of the year and on 2016?

Ferri: 2015 has been a year of success for the region and we will close it with the launch of 3 routes on Dec. 19 to add the organic growth done in Central America and Caribbean. Our capacity in Latin America and the Caribbean has increased year over year by 6 percent and our plans for 2016 call for an additional 3 percent growth. 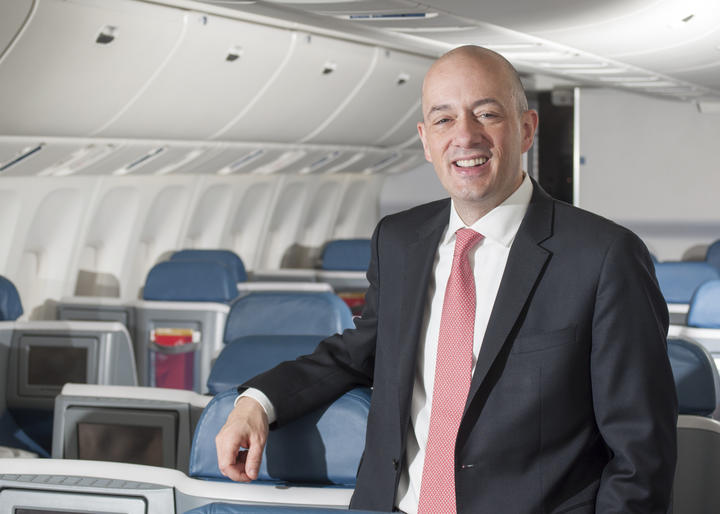 Brazil, regardless of its current economic hardship, is a crucial market for Delta and we are working diligently to ensure the success of the Sao Paulo to Orlando flight which already is performing strongly. We are agile to adapt to market conditions and will continue to monitor the situation in Brazil closely to serve the market with the flexibility required.

In South America, Colombia presents another area of growth thanks to two routes connecting Atlanta to Medellin and to Cartagena. We have received excellent support from agency partners, have created alliances with local brands to promote the flights and we are starting the year with sold-out flights and we will work diligently to ensure the success of these operations.

DNH: Growth via strategic alliances is crucial for the region’s 2016 goals. Where do you see the biggest opportunity and what are the top challenges?

Ferri: Both Aeroméxico and GOL are crucial to Delta’s success in 2016 and beyond. There is a lot of excitement about the growth that the transborder market would represent with an expanded alliance with Aeroméxico.

We could not have better partners in Mexico than Aeroméxico, the country’s flagship airline. Our recent announcement of intent of purchase was very well received and amply reported by media and is under evaluation by Aeroméxico’s Board of Directors.

Open Skies and the approval of anti-trust immunity will allow Delta and Aeroméxico the opportunity to expand their commercial operations and better serve the trans-border market.

There are always areas of growth when it comes to integrate two distinct business cultures, but Delta and Aeroméxico have over 20 years of successful collaboration. Every one of our actions is always centered on the customer’s needs.

For the time being, we are waiting for the Mexican Senate to ratify the liberalized U.S.-Mexico air services agreement. In other words, the process is in the hands of the Mexican government.

In a nutshell, the U.S.-Mexico agreement, initiated in 2014, does away numerical limits on the total number of carriers that can serve trans-border routes between the two countries. The current agreement allows each country to designate two or three airlines to serve a particular route.

It is important to also highlight that this year we took the first steps to create a hub structure in Monterrey, Mexico, from where we have three daily flights to Atlanta, one to Los Angeles and one to Detroit.

Organic growth is slower, but growth through strategic partnerships is accelerated and brings more to the customers in a shorter amount of time.

DNH: Brazil has been a success story when it comes to alliances. What can we expect from Delta-GOL strategic partnership in 2016?

Ferri: GOL is a success story in many ways, from the commercial integration point of view to the way in which we think and act to serve our customers, having their needs top of mind. Our expanded commercial relationship allows GOL to view and sell Delta flights as their own.

GOL contributes to Delta an average of 8 percent on all other flights from the interior of Brazil and their contribution of 24 percent of the onboard revenue to the new Sao Paulo-Orlando is crucial to the success of this route.

The relevance of destinations is fundamental to the momentum we are experiencing with GOL and that is one the many ways in which customers have benefited from the alliance.

It is not just about the network, it is also about providing the best services on the ground and at every touch point. Co-located facilities at the Guarulhos International Airport in Sao Paulo provide ease of connection and only one check-in and through GOL’s Smiles and Delta SkyMiles programs customers can earn miles on codeshare flights.

2016 will continue to present challenges in the financial arena for Brazil and we are ready to adapt as needed. However, there are also opportunities to be maximized. A strong dollar will help to bring tourism dollars to the region and thus routes like MCO-GRU are important to capture that traffic and market potential.

DNH: The codeshare with Aerolíneas Argentinas presents additional growth potential for Delta. What can we Delta expect as Aerolíneas institutes a new president in 2016?

Ferri: All airlines change and evolve with new leadership. We respect our partner’s business acumen and trust them to conduct their business focused on the customer’s needs.

We’ve recently expanded codeshare with Aerolíneas Argentinas to provide access for our customers between Buenos Aires and Miami and John F. Kennedy, connecting to Cordoba, Mendoza and points beyond in the U.S. We also now offer a codeshare flight to Montevideo, Uruguay. This is a significant step in enhancing Delta’s presence in the region’s 3rd biggest economy.

DNH: 2015 will be a record year for Delta on operations with over 145 days with no cancellations on mainline flights. Is Latin America included on the 2016 list of goals for delivery of excellence in operations? 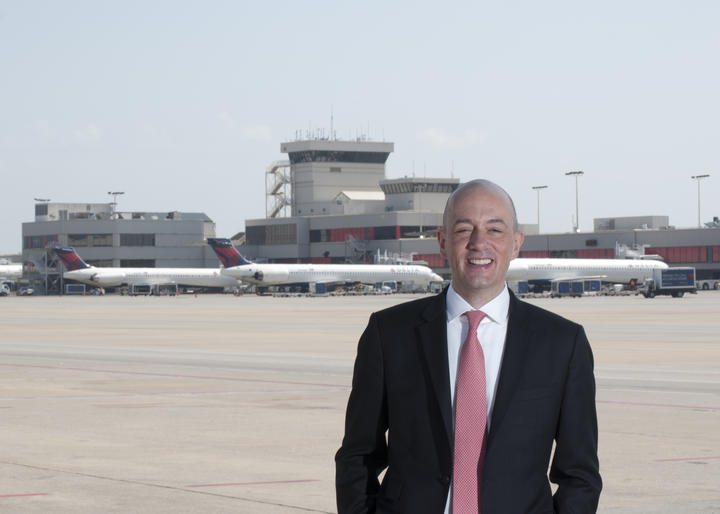 DNH: Five years ago, you and Richard Anderson agreed on a goal for the region: to be the best U.S. airline in Latin America and the Caribbean. How do you feel about the progress to date?

Ferri: I am very proud to lead the best professionals in Latin America and the Caribbean. It is thanks to their efforts that we have accomplished incredible things over the last five years and we have much more to do together.

There are many ways to tell this story and from Delta’s perspective, we have greatly improved on the Net Promoter Score in the region which gauges our customers’ loyalty vis-à-vis other airlines. Business survey participants rate Delta’s business product ahead of other U.S. airlines flying to Latin America and shows significant improvement in loyalty amongst passengers flying on coach.

Serving our customers goes beyond providing the best services on-board and at every point of their journey. We also want to be an active participant in the communities we serve and this is why in 2015 we participated in over 200 events in U.S. Hispanic communities and launched a series of initiatives in support of education in the region.

The other way to tell our story is simply to see it through the eyes of those who evaluate our services, our customers and industry leaders.

This year the progress we have made was recognized by industry publications, customers and leaders with two awards from Latin Trade Magazine, five awards by the World Travel Awards both in Caribbean as well as in Latin America, and, we were also recognized by Recommend Magazine on their Reader’s Choice Awards.

Leading a team of dedicated professionals is like flying with the wind our backs.