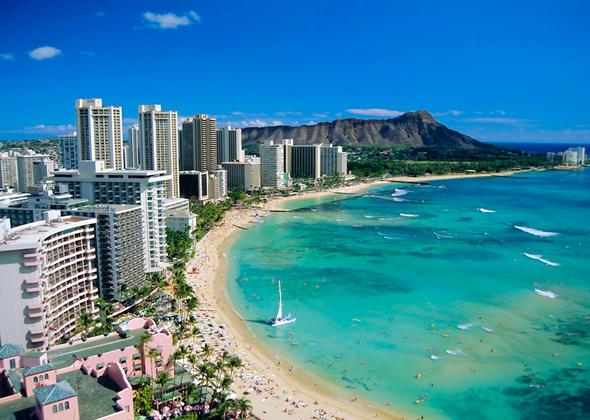 "We're pleased to add a nonstop link to Hawaii from our Detroit hub as we know it's a destination our customers in our hub city and beyond have asked for," said Ed Bastian, Delta's Chief Executive Officer. "It will also bring convenient, one-stop connections to Honolulu for many customers in dozens of other cities we serve in the Upper Midwest and Northeast U.S."

The Detroit-Honolulu route will be served with Boeing 767-300ER aircraft equipped with 25 fully flat-bed seats in Delta One, 29 seats Delta Comfort+ and 171 seats in the Main Cabin. The onboard experience includes access to Wi-Fi, free personal in-flight seatback entertainment screens and power ports in every seat.

This new service will be available for sale on Sept. 29, and flights will operate on the following schedule beginning June 29:

The added service follows the announcement of nonstop service to San Jose, Calif. that begins Nov. 15. Delta is also planning to expand its service to London-Heathrow from Detroit to twice daily beginning May 2019. Additional schedule details will be released at a later date.

"Nonstop service to Honolulu is wonderful news for Detroit Metropolitan Airport," said Wayne County Airport Authority Interim CEO Chad Newton. "Until now, Honolulu was our third largest market without nonstop service from Detroit. It is a destination that our customers repeatedly ask for on social media, so we are excited to offer direct access to such a beautiful place."

"We're elated about Delta's new Detroit-Honolulu flights, as this opens the Hawaiian Islands to an entire region in North America currently underserved with nonstop service," said George D. Szigeti, president and CEO of the Hawaii Tourism Authority. "Hawaii travelers from the greater Detroit area, as well as those making flight connections at Delta's hub from the Midwest, Northeast, Canada, Europe and Latin America, will appreciate the convenience Delta is offering. Travelers will depart Detroit at noon and be enjoying Hawaii's sunny warmth, beautiful beaches and aloha spirit by late afternoon."