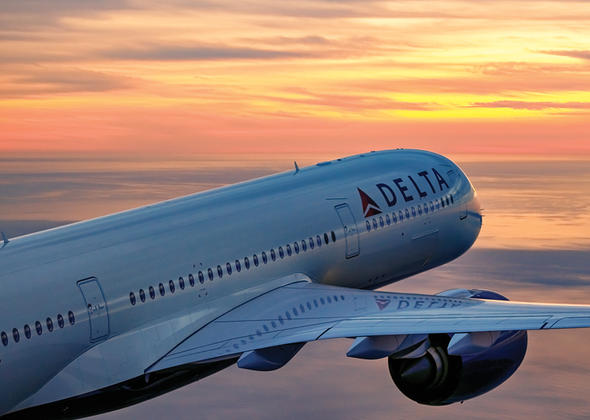 Delta, the Port Authority of New York & New Jersey and JFK International Air Terminal (JFKIAT), the operator of JFK Terminal 4, agreed on Thursday on a revised plan to expand Terminal 4 and consolidate Delta operations there - a key step in the transformation of John F. Kennedy International Airport into a 21st century global gateway.

The $1.5-billion project was initially authorized by the board in February 2020. The revised plan prioritizes components including new gates critical to Delta’s consolidation of its operations at JFK into Terminal 4 and other elements throughout the terminal designed to improve the passenger experience. Additional enhancements are planned for future phases.

"Delta continues to invest more in airport infrastructure today than at any other time in our history, and we’ve been working hard even throughout the pandemic to pull the future forward on transformational projects that will deliver truly superior experiences for our customers,” said Stephanie Baldwin, Delta’s V.P. of JFK Airport Operations. “We’re looking forward to working with our partners at JFKIAT and the Port Authority to build on our strong history of investment at JFK Terminal 4 that will cement its status as a world-class global gateway. Alongside the work that’s already underway at LaGuardia Airport, Delta continues to serve as a steadfast, strategic member of the New York community, creating the airports our New York customers have long deserved.”

Delta has grown its presence in New York City by over 65 percent in the last 10 years and operated more than 240 peak daily departures from JFK to nearly 100 destinations in more than 30 countries around the world in 2019. The airline first expanded its New York presence at JFK with a major commitment to Terminal 4 in 2013. At LaGuardia Airport, where in 2019 Delta operated hundreds of daily departures, it began construction on the $3.9 billion replacement of Terminals C and D in August 2017. Delta's first new concourse and new gates on the eastern side of the airport opened in October 2019. A state-of-the-art arrivals and departures hall for the new terminal will open in 2022.