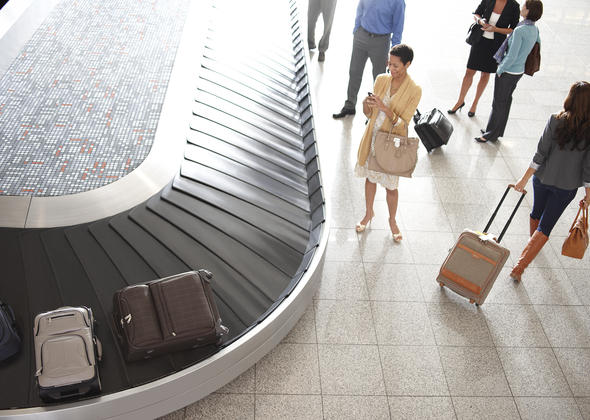 Delta again earned strong marks in September for its cancellation rate, on-time arrivals and baggage handling for U.S. domestic mainline flights, according to the U.S. Department of Transportation. 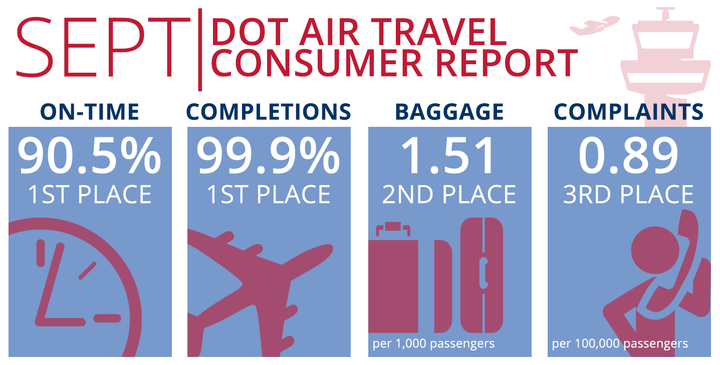 The airline has excelled all year on most operational measures. Last month, employees finished a day with no canceled flights for the 100th time in the 2015 calendar year, a feat never before accomplished in aviation. And that was with more than three months to go in the year.

Delta employees earn monthly bonuses based on these metrics if goals are met or exceeded. Delta employees will each earn $100 for the September results.

Earlier this year, Delta introduced its Operational Performance Commitment —an industry first—that will compensate its corporate customers should Delta’s operational reliability fall below two of its major competitors.

Take a look at how Delta is presenting this progress to its corporate customers in this graphic: 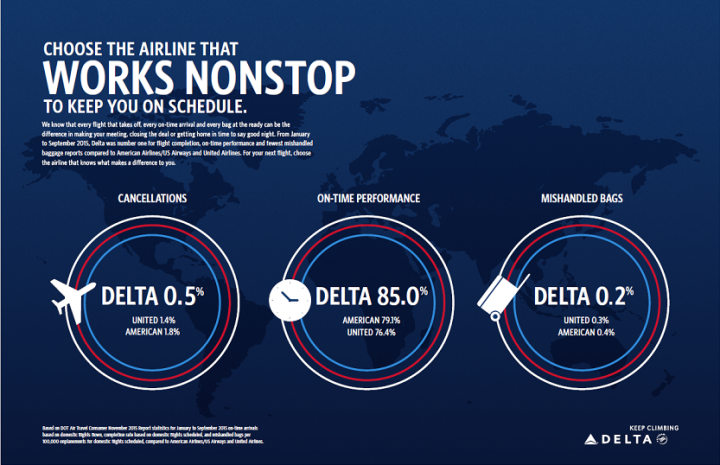