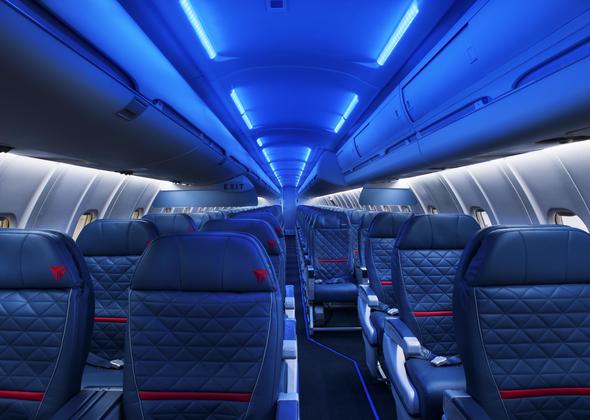 Delta is well underway in its nose-to-tail interior transformation of more than 300 mainline aircraft. Now its two-class regional jets flying under the Delta Connection brand are going under the knife as well, receiving modern, cabin-wide enhancements. 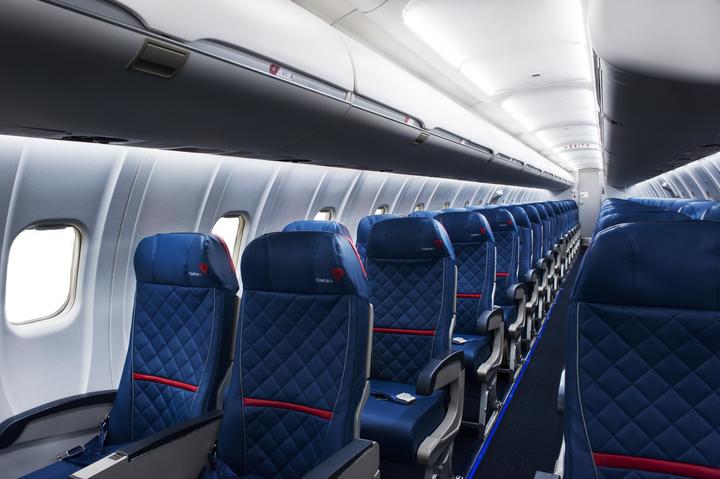 Over the next 18 months, Delta’s fleet of Bombardier CRJ-700 aircraft flown by regional carriers will be outfitted with new branded leather seats with in-seat power in First Class and Delta Comfort+, new carpets, refreshed sidewalls and overhead bins, all accented by blue and white spectrum ambient lighting bringing a modern, spacious feel to the cabin. Fifteen of the jets have already been modified.

The Delta Connection portfolio is made up of roughly 450 regional jets, more than 65 percent of which are the larger, two class variants, flown by Compass Airlines, Endeavor Air, ExpressJet, GoJet, SkyWest and Shuttle America.

“Delta continues to look for ways to enhance the overall customer experience and bring the best of cabin design and comfort to our aircraft, including our regional jets, which now have an even more mainline-like feel,” said Erik Snell, Delta’s Vice President – Delta Connection. “Who knew a regional jet could look so amazing?” 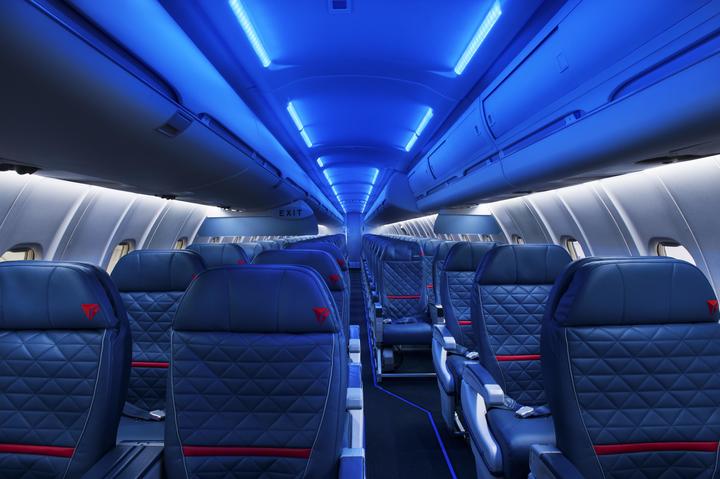 Over the last several years, Delta has invested in every aspect of the Delta Connection product including the replacement of smaller 50-seat regional jets with larger, more customer-pleasing aircraft.

Customers flying these enhanced jets will, as they have since 2011, have access to Gogo’s in-flight Wi-Fi and as well as thousands of hours of complimentary and for-pay streaming programming directly on their personal devices through Delta Studio.

The on-board experience is the latest in a long line of improvements made to the regional brand. As on all Delta flights, customers flying Delta Connection aircraft on flights 900 miles or more will enjoy meals in First Class and a premium snack basket as well as complimentary beer, wine and spirits in Delta Comfort+.

Delta Connection’s operational performance has also received a bit of a facelift. Regional completion factor, an industry metric tracking cancellations as a measure of the number of flights scheduled versus actually flown, was at 97.9 percent in 2015, up nearly a full percentage point over the year prior—meaning tens of thousands fewer customers were impacted by a flight cancellation. The combined six carriers in mid-February went three days straight without a cancellation.

Minneapolis-based Endeavor Air, one of the six regional carriers in the Delta Connection portfolio, had a record year in 2015. In the three-month summer operation alone, the wholly-owned Delta subsidiary had 350 fewer cancels compared to last year. The first Endeavor Air CRJ-900 is expected to receive its nose-to-tail refresh this fall.