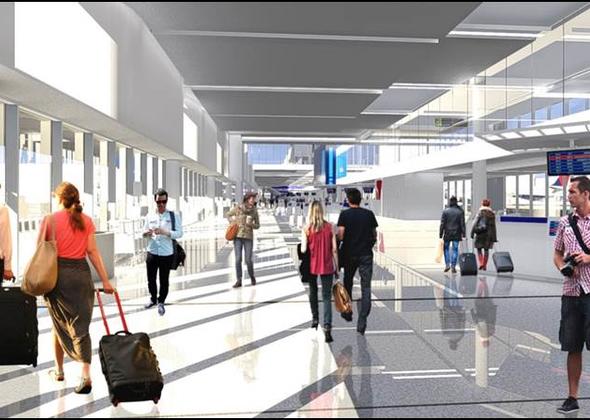 LOS ANGELES – Delta Air Lines and Los Angeles World Airports (LAWA) will orchestrate one of the largest terminal moves in the history of commercial aviation when Delta relocates from Terminals 5 and 6 to Terminals 2 and 3 at Los Angeles International Airport (LAX) in May, and Delta customers will reap the benefits from day one.

The move, scheduled to start on May 12, will impact 21 airlines during a one-week period and is a precursor to the Delta Sky Way at LAX, Delta’s $1.9 billion plan to modernize, upgrade and connect Terminals 2, 3 and the Tom Bradley International Terminal at LAX over the next seven years. 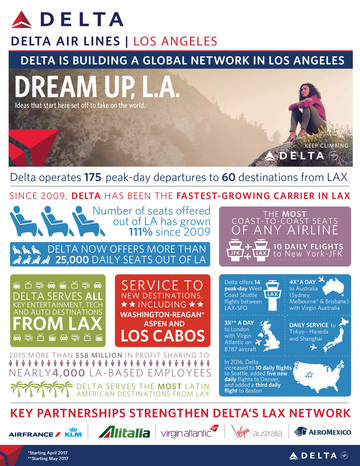 “Delta is betting big on Los Angeles with a $1.9 billion plan for Terminals 2 and 3 at LAX, representing the second-largest infrastructure investment in the region,” said Ranjan Goswami, Delta’s Vice President – Sales, West. “Our relocation to Terminals 2 and 3 is a major milestone for LAX and an even bigger step forward for the future of LA as we continue work on the Delta Sky Way at LAX.”

“Delta’s move is one more element of LAX’s massive modernization effort which continues the transformation of the airport and will improve the guest experience,” said Commission President Sean Burton. “While moving 21 airlines over three nights is a monumental task, Delta and the LAWA team have been planning and preparing for months to ensure a smooth transition.” 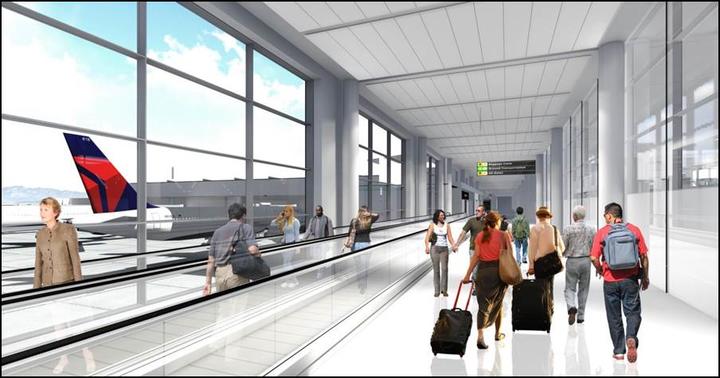 Delta will have 23 gates at LAX immediately following the move and will operate alongside many of its airline partners, including Aeromexico, Virgin Atlantic and WestJet. Later, a secure connection to TBIT will enable seamless access to additional partners, including Air France-KLM, Alitalia, China Eastern, China Southern, Korean Air and Virgin Australia. The new space will provide all the amenities Delta’s customers have come to expect at LAX, including a private Delta One check-in lounge, new state-of-the-art Delta Sky Clubs, and an integrated in-line baggage system. Once completed, the facility will offer convenient passenger flows, more gate-area seating, and a world-class concession program featuring local chefs and restaurants in partnership with Westfield Corporation.

LAWA’s Board of Airport Commissioners approved a terminal facilities lease and license agreement in July 2016 and the Los Angeles City Council unanimously approved in August to enable Delta’s relocation to Terminals 2 and 3.

Delta has invested billions of dollars in products, services and technology to enhance the customer experience, including massive investments in airport infrastructure across its network. These investments include more than $7 billion in airport projects since 2006, and along with its airport partners Delta will be involved in an additional $12 billion worth of facilities infrastructure projects in coming years, including improvements at several of its key hubs in Atlanta, Los Angeles, New York, Salt Lake City and Seattle.

Communication is key to a successful move

The relocation will begin the night of May 12 and will continue with additional overnight moves on May 14 and May 16, with a scheduled completion of May 17. Delta flights will operate from as many as four terminals (2, 3, 5 and 6) on certain days of the move, so the airline will be in constant communication with customers, providing real-time information on departure and arrival terminals and gates through the Fly Delta app, text messages, emails and additional channels.

“We don’t take lightly the responsibility of caring for our customers and employees before, during and after the move,” said Goswami. “A relocation of this scale is unprecedented, so we’re putting all our resources into planning, preparing, communicating and executing this move as flawlessly as possible.”

"This move furthers our progress towards our vision of a Gold Standard Airport," said Los Angeles World Airports Chief Executive Officer Deborah Flint. "The coordination and cooperation amongst the airlines involved has been impressive and mirrors the importance that we all place on the guest experience at LAX. The immediate result is more efficient airline operations amongst partner carriers, and facility improvements that will be made in Terminals 2 and 3."

In February, Delta released the latest version of the Fly Delta app featuring a completely interactive and integrated wayfinder map for LAX. Additionally, LAWA will update terminal information in real time at www.laxishappening.com and through social media using the hashtag #LAXontheMove. Delta and LAWA will also have hundreds of employees stationed throughout the impacted terminals to assist customers with wayfinding. Customers are strongly encouraged to arrive early and to check their terminal and gate information before arrival to the airport using the Fly Delta app and digital signage in the terminals.

Ahead of the move, Delta is holding customer and partner town halls, raising public awareness through out-of-home advertising in and around the airport, and meeting frequently with all airport stakeholders, including impacted airlines. Delta is also working closely with ground transportation operators and rideshare services to ensure drivers are aware of the move and is creating digital banners for Waze to remind customers to check their terminal on the Fly Delta app. Learn more at delta.com/skywayatlax.