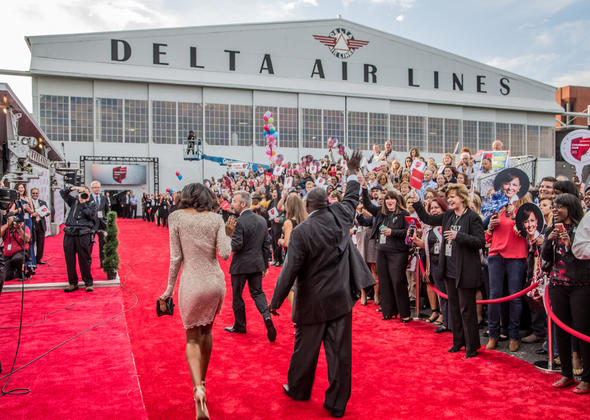 Delta will roll out the red carpet – literally – for 100 peer-nominated employees tonight at its annual Chairman’s Club Gala in Atlanta. The event is the culmination of a months-long process to celebrate people who demonstrate the culture Delta says most sets it apart from other airlines. 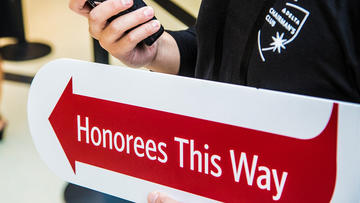 Now in its 20th year, Chairman’s Club is Delta’s most prestigious peer-to-peer employee recognition program, honoring women and men across the company’s worldwide operation who embody reliability, innovation, thoughtfulness and servant leadership and who demonstrate the highest standards of service to customers, coworkers and the communities Delta serves.

“All year long, Delta people worldwide have shown that they’ll do whatever it takes to make Delta the best airline it can be,” said Ed Bastian, Delta’s CEO. “Our Chairman’s Club honorees embody that commitment each day. We’re grateful for the example they set in caring for our customers and leading us to success.” 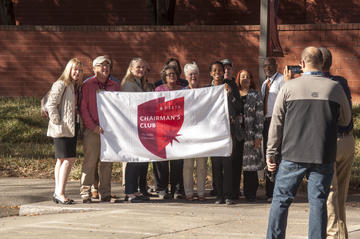 The gala will begin with a Red Carpet Experience where coworkers, friends and family members will cheer on the honorees as they arrive at the Delta Flight Museum at the airline’s General Offices in Atlanta. Once inside, honorees will be treated to a dinner with wine pairings by Master Sommelier Andrea Robinson. The event will also feature individual recognition for the honorees and appearances from top Delta executives, who will express their gratitude and admiration for the new members of the Chairman’s Club.

This year, the selection committee received more than 10,000 nominations. The 100 honorees who advanced through the rigorous selection process represent 28 Delta stations in six countries and on average have nearly 22 years of service. Five of the honorees have more than 40 years of service, and the most senior honoree has worked at Delta for 51 years.

Follow along with the excitement on the red carpet on Delta's Facebook page and inside the gala with the hashtag #2016HONOREE across social media platforms.

See the full list of the 2016 honorees below (first name, last name, location):

-Stan Heaton contributed to this article