Delta Air Lines, the leading airline across the Atlantic with more total departures, destinations and seats than any other airline, is bringing more nonstop options to Europe from its Los Angeles, New York-JFK, Atlanta, and Detroit hubs and more next summer, making Delta the No. 1 choice for customers traveling between the United States and Europe.

Further schedule and service detail is as follows:

Delta’s largest trans-Atlantic gateway will expand next year with new seasonal service to the Ponta Delgada-Azores beginning May 24, year-round service to Lagos, Nigeria, beginning March 24 and an upgraded offering on New York-JFK to London-LHR with new A330 service.

At Delta’s Atlanta hub, the world’s most travelled, new daily seasonal service to Lisbon on Boeing 767 aircraft will begin May 24 and run through Sept. 4.  Delta’s Atlanta hub will make it easier for U.S. customers to visit Portugal with convenient one-stop connections from over 150 destinations in the U.S.

Delta will add a third daily round-trip between Detroit and Paris beginning May 16 in addition to Delta’s and Air France’s existing service. The new flight will provide customers more choice and offer additional connections in Paris to over 100 destinations in Europe, Middle East, Africa and India.

Previously announced year-round service will begin March 30 from Orlando to Amsterdam and on May 24 from Indianapolis to Paris, bringing easy connections to more than 100 destinations in Europe, the Middle East, Africa and India to customers in the Sunshine and Hoosier states. 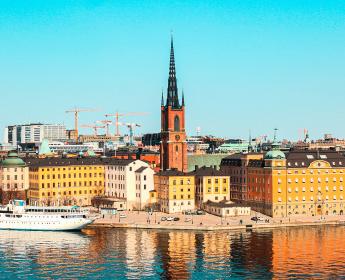