Delta recently launched regional brand campaigns in New York, Los Angeles and Seattle, three of its most competitive hubs. The campaigns – which derive from Delta's national marketing campaign and lean on insights and cultural touchstones from local customers – allow Delta to communicate with its audiences in each region in a relevant way.

​With more than 800 collective daily departures from the four hub airports in these regions – John F. Kennedy International Airport, LaGuardia Airport, Los Angeles International Airport and Seattle-Tacoma International Airport – Delta's coastal hubs are some of its fastest-growing. The campaigns provide a unifying message as the airline marks key milestones and commercial priorities in each of these markets in 2019, along with investments in the airport experience at LaGuardia, LAX and Sea-Tac.

This campaign appeals to busy New Yorkers by showing how flying with Delta can offer a reprieve from the grind of city life.

Delta has made significant investments to provide more consistency, comfort and convenience in all cabins of service on flights to and from New York. The campaign highlights Delta's commitment by touting the addition of thousands of flights on new aircraft, the most First Class seats from New York and the addition of thousands of flights with seatback entertainment for New Yorkers.

The campaign's creative includes digital media in The New York Times and The Weather Company; mobile e-newsletters to subscribers of Conde Nast and Meredith Publications; social media; and audio on Spotify, Pandora and iHeart Radio, with additional marketing channels to come later this year. 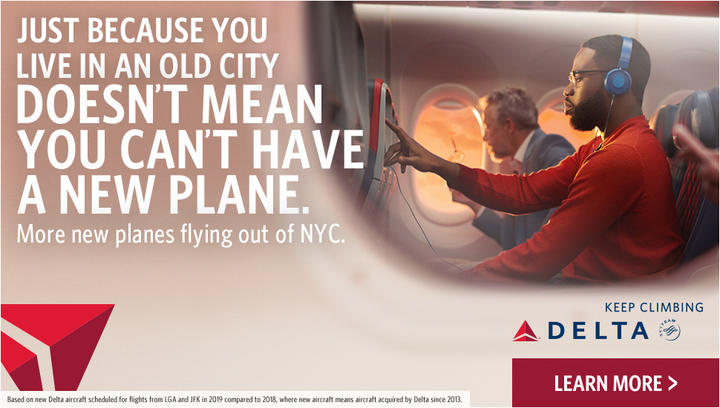 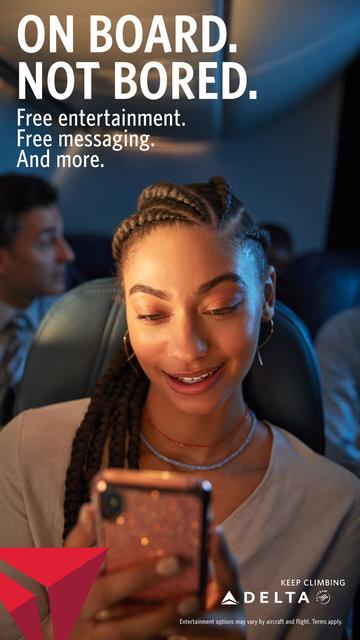 The campaign focuses on four key points showing that Delta's investment in entertainment provides an enhanced flying experience for all Angelenos:

The campaign launched with audio, companion banners and digital billboards, and social content and custom digital ads in Delta's channels and partners' channels are planned for later in 2019. Media partners include Spotify, Pandora, iHeart, Amazon, IMDB, The Hollywood Reporter, Billboard and more.

This month, Delta will launch a new marketing campaign encouraging Seattleites to "SEA for Yourself" the Delta Difference.

The campaign helps Seattelites clearly understand the benefits of choosing Delta. Media channels will include social, audio, digital display and billboards that highlight Delta's key differentiators in the market, including:​ 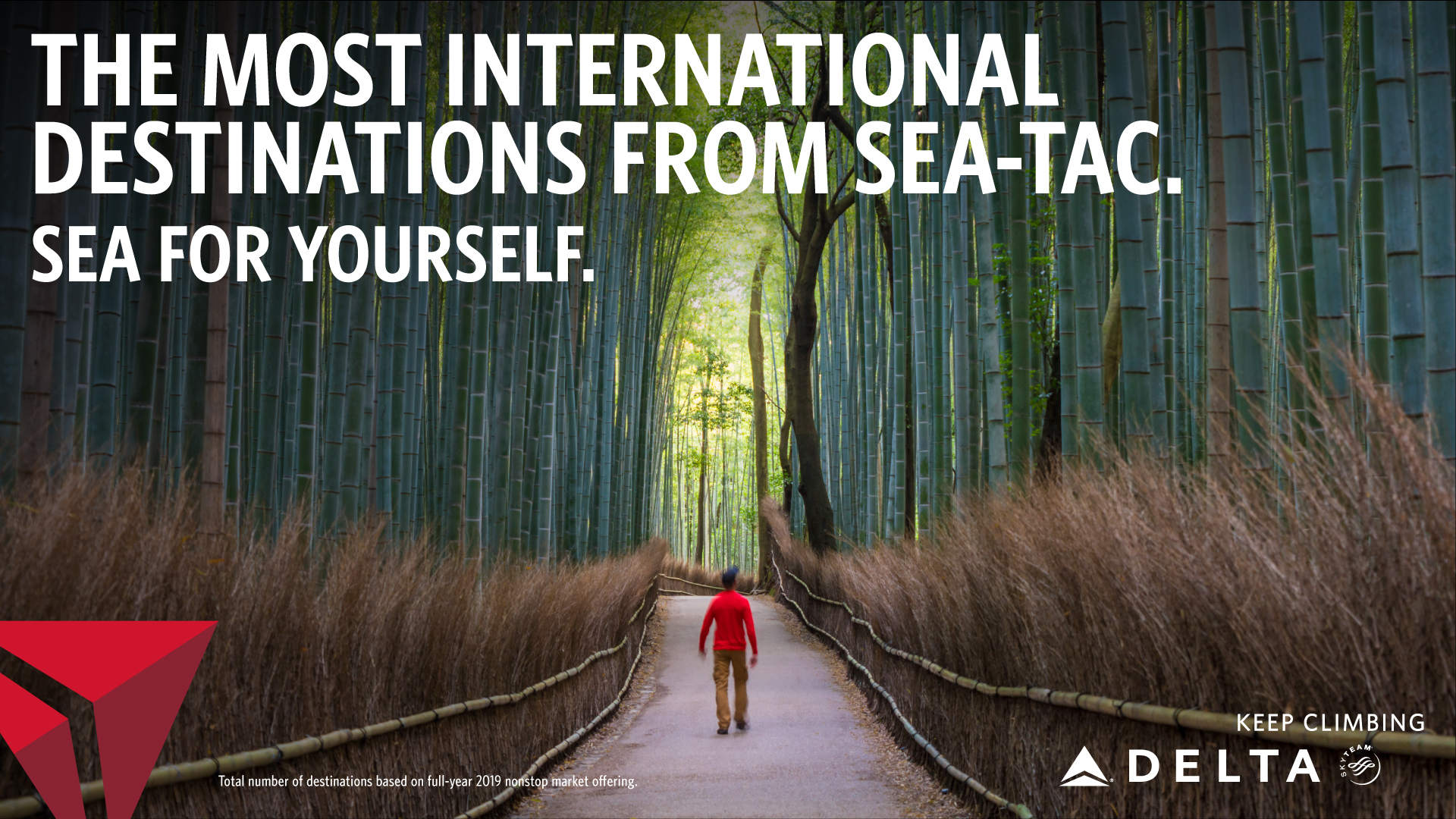