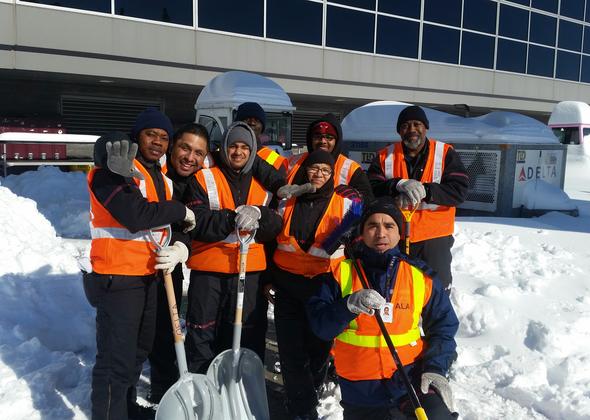 Despite a staggering 30 inches of snowfall at New York’s John F. Kennedy International Airport and similar accumulation at LaGuardia, Delta expects to begin accepting its first arrivals at its Big Apple hubs by early afternoon Sunday—including a number of international flights from Europe. 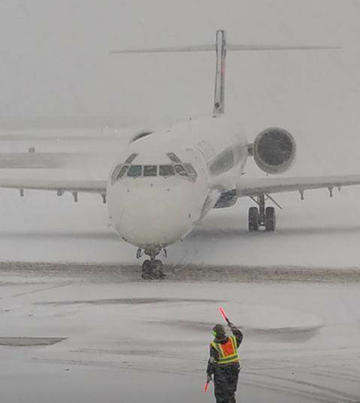 Delta teams have been working since before daybreak at both airports to deice aircraft and ground equipment and get the ramp and terminal areas cleared of snow to make way for the first wave of inbound aircraft. By mid-afternoon, Delta anticipates a near-full mainline operation at both airports, though the Delta Connection regional operation has been canceled through the rest of the day.

The Metropolitan Washington Airport Authority again issued a Notice to Airmen (NOTAM) closing the runways at both Reagan National and Dulles International airports in D.C. Delta expects to fly its first inbound aircraft to the nation’s capital in the 9 a.m. ET hour Monday. 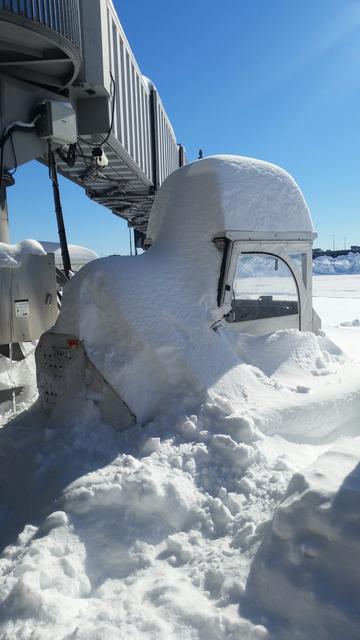 “We had a number of employees stay at nearby hotels so they could be on hand first thing in the morning to begin the painstaking task of digging out,” said Dan O’Brien, Duty Director in Delta’s Operations and Customer Center. “They’ve been doing a tremendous job to get our operation going again for our customers.” 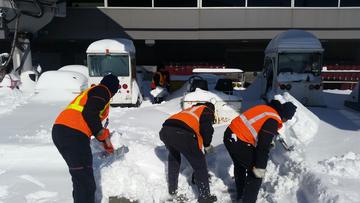 With the exception of a few flights, Delta expects to operate a full schedule throughout the mid-Atlantic and Northeast Monday as cities along the Eastern Seaboard continue to dig out of record snow accumulations in some areas. The airline will continue to work with city, state and federal agencies to ensure resources and staffing are in place as airports begin to return to a level of normalcy.

Delta’s winter weather waiver remains in place to allow customers to make one-time changes to their travel plans and be accommodated on flights after the storm passes. Customers are advised to check flight status on Delta.com or through the Fly Delta Mobile App.

Stay with Delta News Hub for more updates throughout the weekend.