DOT report: Delta tops of the ops in October 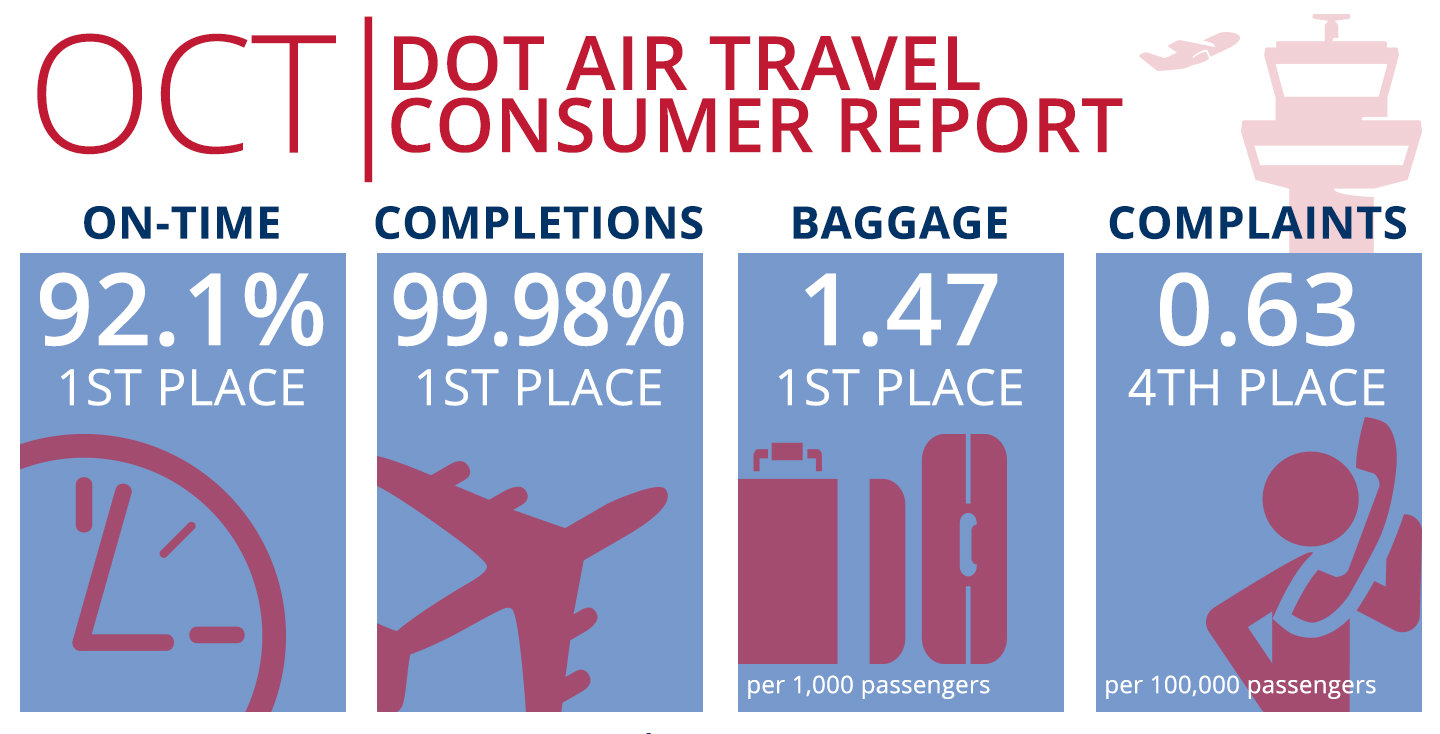 Top-of-the-industry operational performance continued at Delta during October, according to the latest U.S. Department of Transportation Air Travel Consumer Report out Monday.

On-time performance of 92.1 percent during the month led all 13 carriers that report to the DOT and was more than 4 percentage points higher than second-ranked Alaska Airlines.

A 99.98 percent "completion factor" - the percentage of flights flown that were scheduled - was also the top-finisher during the month with only 17 cancelations out of 75,552 scheduled, according to DOT.

Delta’s 1.47 rate of mishandled baggage reports per 1,000 passengers fared better than all in Delta's competitive set. It was better than almost all of the smaller carriers as well, second to only to Virgin America.

Eligible Delta employees will earn a $100 bonus for the results.