SAVANNAH, Ga. - Delta CEO Ed Bastian has been welcomed into a prestigious group, recognized as a Georgia Trustee by the Georgia Historical Society and Gov. Nathan Deal. 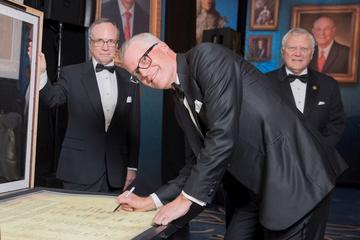 The honor is the highest bestowed by the state of Georgia. Each year, the Georgia Historical Society chooses two people who best represent the motto of the original Georgia trustees appointed in 1732: "Not for Self, but for Others." Georgia Power CEO Paul Bowers was the other 2018 honoree.

The Historical Society said Bastian has displayed a true spirit of service in his dedication to customers and employees, and his engagement in local philanthropy, including Delta's focus on the fight against human trafficking.

Bastian, speaking at the gala, said he was deeply honored and humbled to be named a Trustee. Characteristically, he talked more about employees, community and customers than himself."I love what this award stands for: 'Not for Self, but for Others.' It reminds me of the man that founded Delta almost 90 years ago, C.E. Woolman. He had a saying, 'If you take care of your employees, your employees will take care of your customers.' We follow that to this day. It's very common for companies to be obsessed with customer service. At Delta, we're obsessed with our employees. And so those employees can then in turn be obsessed with customers." 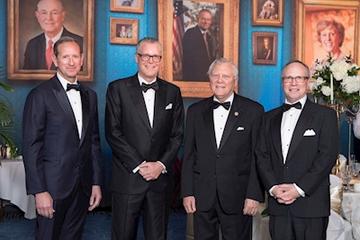 Bastian has spent 20 years at Atlanta-based Delta, serving as Chief Financial Officer and President before being named CEO in 2016.