In a Dec. 7 report, the firm noted the obscure Italian carrier produced a negative pretax margin - i.e., a loss - of 18.4 percent last year, on top of a negative margin of 9.2 percent in 2016, representing losses of hundreds of millions of euros. Yet despite its financial hemorrhaging, the airline suddenly has a fleet of brand new jets, and has announced a major global expansion of flights between Milan and North American cities including New York, Miami, Chicago, Los Angeles, San Francisco and Toronto. 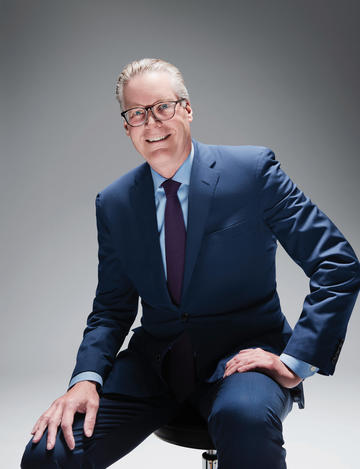 It doesn't take Sherlock Holmes to solve this particular mystery. The airline's benefactor is Qatar Airways, the government-owned airline of Qatar, which recently acquired 49 percent of Air Italy. Even though Qatar’s recent financial statements (which remain opaque) show that it is one of the worst performing airlines in the history of the airline industry with over $2 billion of operating losses over the past three years, Qatar has been giving its new acquisition billions of dollars’ worth of new airplanes, including Boeing 787 and 737 jets, with plans to deploy larger Boeing 777 and A350s as well. Qatar is using the tiny, close-to-defunct Air Italy to skirt its promise to the U.S. to not add so-called "Fifth Freedom" flights to the U.S., which are routes that operate outside of a carrier's home country - such as nonstop flights between the U.S. and Europe.

Qatar’s promise was part of an agreement with the U.S. in which Qatar said it would finally take steps toward fair competition in aviation, after it had enjoyed the benefits of billions of dollars in government subsidies. These subsidies drove U.S airlines out of the Mideast and India, and threatened thousands of airline jobs in the U.S.

Only months later, Qatar is back to their old tricks, thumbing its nose at the Trump Administration with its clumsy scheme to get around its promises. These Italian routes, already highly competitive and well-served by existing carriers, are simply not economically viable without Qatari subsidies. By flooding these markets with subsidized capacity and dropping prices far below cost, Qatar is launching another assault on U.S. airline employees and travelers, and disrespecting the Administration.

We shouldn't be surprised, given that if it played by the same rules as everyone else, Qatar Airways simply wouldn't exist. It's remarkable that in an era when global aviation is thriving, Qatar must keep its state-owned airline aloft with a massive infusion of subsidy dollars. The airline lost $1.3 billion in its most recent fiscal year, flew fewer passengers, and has said it may ask its government for another capital injection.

Thankfully, these concerns have gotten the attention of Congress. More than a dozen U.S. senators recently sent letters to the administration raising their concerns about the Air Italy-Qatar connection and its impact on U.S. jobs.

As the CEO of Delta, my No. 1 job is taking care of our 80,000 employees, who are the best in the business and work hard every day to ensure all of our flights are safe and reliable. On their behalf, I join those Senators in asking the Trump Administration to examine this situation and send a strong message to the Qatari government that these actions simply won't be tolerated.

We should demand an answer to the Deutsche Bank question: Who is funding Air Italy’s losses?