As a boy growing up in New York, Kurt Robinson had his heart set on two things: being in the military and one day working for Delta Air Lines.

“When I was a kid, I’d look up at the sky and see those clean Delta jets –they always stood out - and I would think, ‘I wanted to be part of that company,’” said Robinson, now a Manager – Quality Control Receiving Inspection in TechOps, Delta’s aviation maintenance division, and one of the more than 10,000 veterans Delta employs. From that moment forward, he worked hard to make that dream come true. 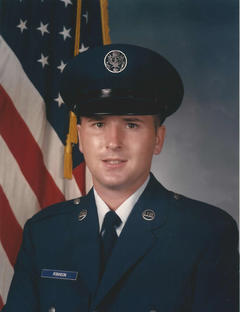 Robinson started his aviation career with the U.S. Air Force in 1985, spending four years at Griffiss Air Force Base in Rome, N.Y., as a Sergeant Crew Chief. Here, he honed his mechanical skills by inspecting and repairing two military aircraft, KC-135 and B-52.  Robinson also completed his Bachelor’s degree from Embry-Riddle Aeronautical University and received his Airframe and Powerplant license after testing with the FAA.

Robinson applied to Delta to work with 727s as a sheet metal mechanic and got the job. Quickly, he would find how easy his move from military to civilian life would be.

“When I started work at Delta, the transition was seamless. Many of the people I worked with were ex-military, so we instantly had a good connection,” he said. “One of the best bosses I had in the military was focused on always putting his people first – the culture at Delta is exactly the same.” 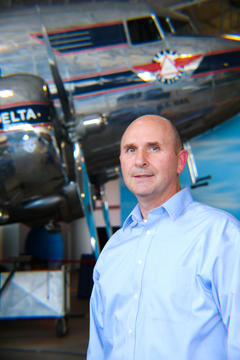 Robinson said his first job at Delta held a lot of similarities to his role in the military. Just like the Air Force, he felt like a part of a team, working together to complete a mission and ensure aircraft safety.  There was also a close connection between Delta’s core values defined in Rules of the Road and the values taught in the military.

It’s been 27 years since Robinson joined Delta, and since then, he’s had many opportunities within the airline, from Mechanic to Pre-Flight Inspector, Inspector Forman and more. Now, Robinson holds a leadership position within the Quality Control team and serves as the vice president of Delta’s Veterans Business Resource Group, where he has the opportunity to support veterans inside and outside of Delta.

“This is a company you can make a career at. Our company cares and as soon as you become a member, you will be amazed how much support you and your family will have when they need it,” Robinson said.
Related Topics: