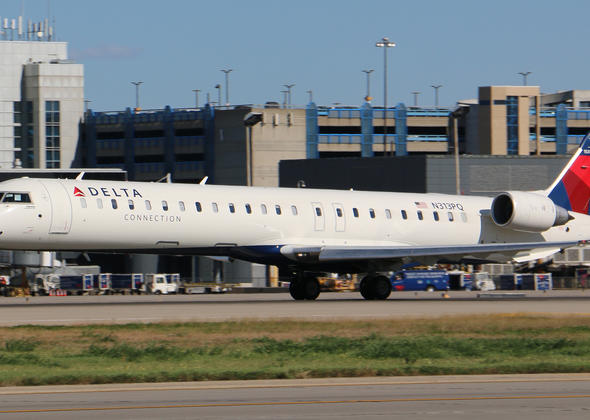 With a solid start to 2016, Endeavor Air, Delta’s Minneapolis-based wholly-owned regional airline, drove nearly 44 days without a cancellation as a result of maintenance, crew-related issues or other reasons under the airline’s control, breaking its own industry record set in August last year.

A staggering 21,873 consecutive flights were operated in that month-and-a-half timeframe.

“Endeavor people are fired up,” said Ryan Gumm, Endeavor’s CEO. “We’re running our operation like a mainline carrier and we’re determined to continue coming up with innovative ways to improve the product for Delta customers. A big reason we’re able to deliver these kinds of results is due to the commitment to excellence from the entire Endeavor team.”

Endeavor flies 12 million customers each year on one-fifth of the more than 2,400 daily flights flown by Delta’s six regional partner airlines, providing vital feed from markets that do not have enough traffic or revenue to support mainline service.

The pace-setting performance at Endeavor highlights strong 2015 performance among the Delta Connection portfolio. In 2015, Delta’s overall regional operation saw 11 days of perfect completion factor—the measure of flights flown that were scheduled—versus two in the year prior. In fact, total cancellations were down nearly a full percentage point over 2014 and while that may not seem like a lot, it represents several thousand fewer cancels of the roughly 850,000 total Delta Connection operations Delta has in a typical year.

“Customers expect a seamless and reliable operation when they buy a ticket on Delta, and Endeavor is delivering that at an incredibly high level,” said Erik Snell, Delta’s V.P. - Delta Connection.

Delta’s mainline operation has had a similarly strong start to the year with 19 cancel-free days so far in the year, up from 11 at this point last year.