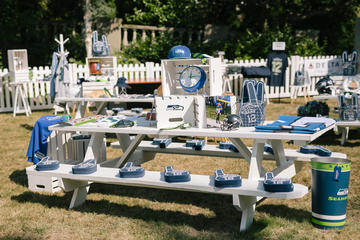 Fans lined up early to get into the 12status Yard Unsale, which flipped the script on the typical neighborhood yard sale; rather than selling items, 12status members left with free merchandise and memorabilia including one-of-a-kind keepsakes, player autographed items, officially licensed gear and team swag. Prizes ranged from the time-honored autographed Seahawks jersey to the not-so-typical Seahawks leg lamp molded to the shape of Doug Baldwin’s leg. 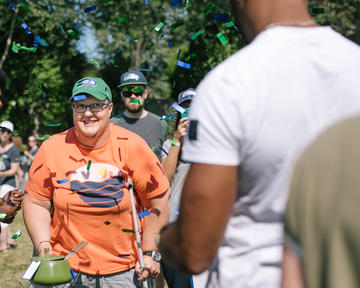 The first fan to arrive was in line by 6 a.m. after driving two hours from the Washington Peninsula outside of Seattle to make sure she was first in line. She left the Yard Unsale with a painting of Doug Baldwin.Hallie, a local Seahawks fan, left the Yard Unsale with the Golden Ticket item — a Doug Baldwin autographed Fondue Pot that won her an exclusive trip to Green Bay, Wis., for the opening game of the season for her and a guest, including round trip airfare on Delta, hotel accommodations and game tickets.

Delta’s 12status fan engagement program returned for the Seahawks’ 2017 season with upgraded rewards for fans and an all-star team of ambassadors, including Baldwin and teammates Bobby Wagner and Tyler Lockett. This year, Delta is giving fans double the opportunity to earn miles, rewarding 12status members with one mile for each passing yard during all home and away games. 12status is open to all fans residing in the state of Washington. 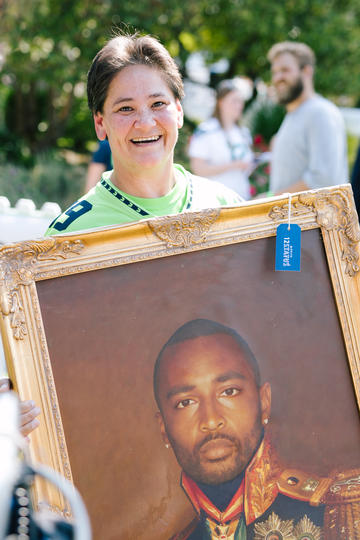 12status is an extension of the airline's You Can't Stop Seattle brand campaign, which reveres Seattleites for their ideas and ambition and celebrates the momentum of the city while telling the story of how Delta helps fuel Seattle's pursuits. It celebrates Delta's relationships with the city's beloved, local teams — including the Seahawks — as well as its support of community organizations close to the hearts of Delta people. You Can't Stop Seattle represents Delta's significant investments in Seattle, which have driven changes across the competitive landscape — from product enhancements, to facility improvements, to financial benefits and community investment.

Seahawks fans can sign up for 12status by visiting www.12status.com.