The FBI, Dorothy and Delta, oh my! How the airline flew a pair of famous ruby slippers

They say there's no place like home, and after 13 years missing, Dorothy's stolen ruby red slippers are finally back in their rightful place — with a little assistance from Delta. 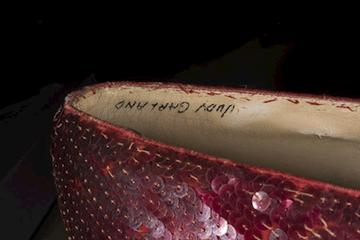 "I was told the FBI has a unique situation," said Wellcome. "Two agents would be taking a short trip the next day from Minneapolis to Washington, D.C., and back, and carrying a large 'high-value object' that couldn't go in the cargo hold or in the overhead bin. They needed to be seated in the same row, with an empty seat between them for the package. I had no idea what it was, just that the FBI needed to be in constant contact."

Wellcome coordinated seating arrangements for both flights, with help from Global Assistance in Atlanta. He also worked with Airport Customer Service in MSP to ensure there were no issues during boarding and contacted In-Flight Service so the flight attendants were briefed in advance.

Mike Robles, one of the flight attendants on board, remembered the trip.

"They pre-boarded with the package, and I offered them coffee and snacks. They told me they had been busy traveling in the last few days and were transporting a 'high-profile package.' It was in a box with a fragile sticker and highly guarded."

Dana Weber, another flight attendant, said the agents let her guess what was in the box. "They told me to watch the news in the coming weeks and maybe I would figure out what it was."

Months later, on Sept. 4, the FBI revealed that the iconic red slippers from "The Wizard of Oz" — stolen in 2005 from the Judy Garland Museum in her hometown of Grand Rapids, Minn., — had been recovered in a sting operation that ended in Minneapolis. During that July trip to D.C., the slippers had been transported to the Smithsonian Institution's National Museum of American History — where a second pair has been on display since 1979 — for comparison.

Delta learned a few days later exactly what had been onboard those two flights.

Flight Attendant Samantha Taylor said the airline and its people truly do play a part in the extraordinary.

"We fly so many different law enforcement officers, political figures and celebrities that sometimes, I think we're accustomed to not being surprised. But I would've never guessed Dorothy's slippers were in a package safeguarded by the FBI onboard not one, but two flights I worked."

FBI officials told Delta they were appreciative of the quick accommodations for the special request. Wellcome said it was part of the job and he didn't think twice about it.

"What a priceless moment for Delta," he said.

Although it took far more than three clicks of the heels to bring an end to a 13-year mystery, Weber is glad to finally learn its outcome. "It's great knowing that such an important piece of culture is safe and where it should be." 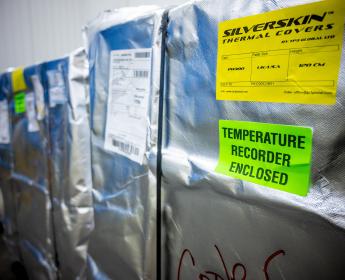