The Partnership for Open & Fair Skies announced today that 300 members of Congress have sent letters calling for the U.S. government to put a stop to the Gulf carrier trade violations. This week's newest letter from Colorado's house delegation urges the Trump administration to address the more than $50 billion in unfair subsidies that the UAE and Qatar have provided to their state-owned airlines. 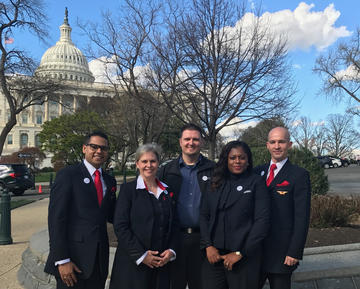 On top of that, 30,000 Delta employees have engaged in the airline's campaign against the carriers as of this week, by calling, tweeting and emailing the White House and their members of Congress to make their voices heard.

"Thanks to the actions of thousands of Delta employees, more than 300 members of Congress have spoken out and called for the U.S. government to enforce aviation agreements to protect U.S. airline jobs," said Peter Carter, Delta's Executive Vice President and Chief Legal Officer. "We must enforce our Open Skies agreements with the UAE and Qatar and put a stop to the billions of dollars they receive in massive government subsidies."

Delta's campaign, "Our Future. Our Fight," kicked off in March, encouraging Delta employees to take action themselves. Many employees have even flown to Washington for one of the airline's "fly-in" events, where Delta employees explain how the issue affects them personally with government officials on Capitol Hill. Another fly-in is scheduled for next week. 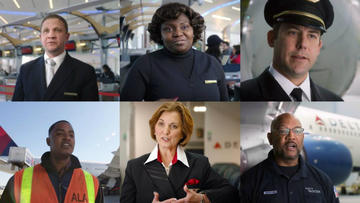 In July, the airline released a documentary detailing how billions of dollars of unfair government subsidies allow the Gulf carriers to offer artificially low fares and aggressively expand to new markets without consideration for profit or demand. The video explains how global carriers including Delta have had to cut routes, resulting in 1,500 jobs lost for each international route eliminated.

Carter added, "This gaming the system threatens the jobs of our hard-working employees.  I'm optimistic that our widespread, bipartisan support on this issue will finally spur our government to take action."

Click here for a larger view of the Our Future. Our Fight. infographic and to download as a PDF.